636 000 doses of Pfizer to arrive on Sunday, says Ramaphosa 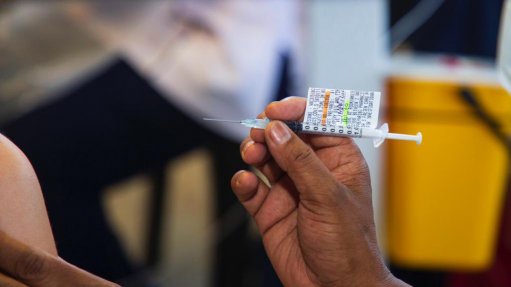 The next shipment of 636 000 doses of the Pfizer Covid-19 vaccine will be delivered on Sunday night.

President Cyril Ramaphosa, during an address to the nation on Sunday, said the doses would be delivered as part of the government's plan to ramp up vaccinations.

Phase 2 of the Covid-19 vaccination is currently on, with healthcare workers and people aged 60 and above in line to be inoculated.

About 480 000 health workers were vaccinated in the Sisonke Johnson & Johnson (J&J) implementation study.

"The next 636 000 doses arrive tonight with weekly deliveries of an equivalent volume until end June, when we will receive 2.5-million doses."

Ramaphosa said the reliance on the two-dose Pfizer vaccine had affected the pace at which vaccination sites were being opened because of its requirement of an ultra-cold supply chain.

Once the single J&J vaccine - whose production has been stopped due to regulatory issues in the US was cleared, the country would be able to scale up vaccinations, he added.

"While our vaccine rollout ramps up over the coming weeks, I urge everyone to be patient and to await their turn. It is important that we allow healthcare workers and those above the age of 60 to be vaccinated first, as they are most at risk of severe illness or hospitalisation."

Ramaphosa admitted the Electronic Vaccine Data System (EVDS), which he said was the backbone of the vaccination programme, had problems.

"Since this is the first time this system is being used, it is understandable that there have been some initial problems, which have inconvenienced people and sometimes caused delays.

"Fortunately, these have been attended to quickly, and the system is being continually adapted and strengthened as the rollout proceeds."

He moved the country to adjusted Level 2 restrictions on Sunday because of an increase in new Covid-19 cases.

"Over the last seven days, we have seen an average of 3 745 daily new infections. This is an increase of 31% on the previous week and an increase of 66% on the week before that.

"The proportion of Covid-19 tests that are positive has more than doubled in the last month from around 4% to more than 11%, even as we have increased testing across the country. We are advised that a positivity rate of over 5% is a cause for concern."

Indoor gatherings have been reduced from 250 to 100. Likewise, outdoor events will now accommodate 250 people instead of 500, or 50% of their capacity if the venue is too small.

The curfew now starts at 23:00 and ends at 04:00. In addition, funerals will only be allowed to have 100 people in attendance and should only go on for only two hours. Night vigils are still prohibited.

Restaurants, bars and gyms will close by 22:00.