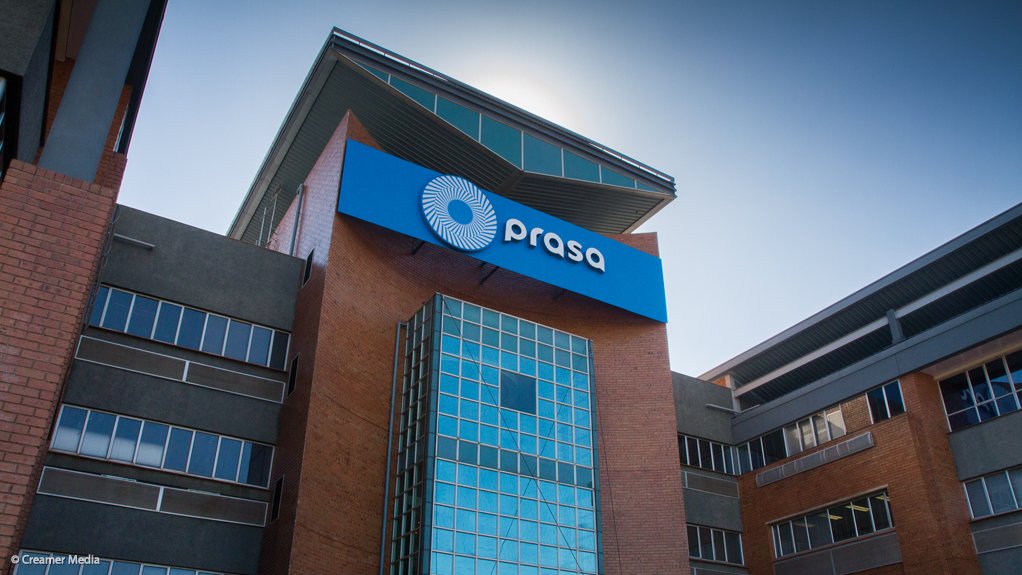 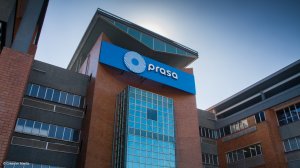 The state capture commission’s week of evidence related to the Passenger Rail Agency of South Africa (Prasa) saw everything from damming revelations of political meddling in the agency’s affairs, to money flows evidence relating to the controversial R3.5-billion locomotives tender, and sheer defiance from the man at the centre of it all, who finds himself on the wrong side of the law for refusing to appear.

Auswell Mashaba, director of RailPro Holdings (formerly Swifambo Rail Holdings [SRH]) and Swifambo Rail Leasing (SRL), has a police complaint with his name on it, following an order by Deputy Chief Justice Raymond Zondo, chairperson of the commission. Zondo instructed the commission’s secretary Itumeleng Mosala to lay the criminal complaint against Mashaba for failing to appear before him on Wednesday to answer to allegations of corruption relating to SRL’s dealings with Prasa.

Mashaba’s lawyer claimed in a letter sent to the commission on Wednesday that the summons issued in respect of his appearance was invalid and therefore did not compel him to avail himself. What was missing from the letter was an explanation for what deems the document invalid, Zondo remarked, before making the order.

Interestingly, the commission has an affidavit from Mashaba that he submitted in November last year in response to rule 10.6 of the commission’s rules through which the commission is able to compel witnesses to provide evidence. Zondo noted that despite signs last year that he was willing to cooperate with the commission, Mashaba had inexplicably changed his tune.

“When people who have knowledge of certain transactions and certain events that are relevant to investigations refuse to appear when they have been served with summonses, this may defeat the objective of the commission,” he said.

One man who knows of such transactions is forensic investigator Ryan Sacks, who for some time followed the money paid by Prasa to both Swifambo companies in respect of the locomotives tender awarded to SRL in 2013. He told the commission that he was appointed by the Hawks in December 2015, months after allegations of possible corruption were brought to the unit by the Prasa board chairperson at the time, Popo Molefe.

Molefe testified in June last year that in total, his board reported 69 corruption and fraud cases to the Hawks, but there was no uptake on the matters, leading the board to approach the courts to force the Hawks into action.

According to Sacks, the team that he worked with was very supportive of his work, acquiring evidence on his behalf that he could not access without the help of the police. In early 2017, after several engagements with them, he was asked to compile a progress report for the Hawks, to give them a sense of where he was with his investigation. He did as requested, but a meeting in April of that year, where he handed over his preliminary findings, was the last engagement Sacks had with the investigative unit. He has not received any further instructions since, and has thus not updated his findings since then. The commission had to issue a summons in order for Sacks’s report to be submitted as evidence.

“My mandate was to perform a flow of funds analysis of the Swifambo bank accounts, this collectively being Swifambo Rail Holdings and Swifambo Rail Leasing. My objective was to analyse how the money from Prasa to Swifambo was used and what it was used for,” Sacks explained to the commission on Wednesday.

The two entities held separate accounts with Standard Bank, but the only one appearing in the contract documents was the one for SRL.

Sacks found, among other alleged irregularities, that although Prasa entered into a contract with SRL on 25 March 2013, its first payment of over R460-million was to SRH, a different entity, eight days later. Several months down the line, Swifambo paid Spanish rail company Vossloh Espana R290-million as a sub-contractor. The sub-contracting deal between the two companies, said Sacks, was only concluded in July 2013, four months after SRL was awarded, and three months after it got its first payment. There would be seven more payments before the contract was set aside by the North Gauteng High Court in 2017. One more of these was made again to SRH, while the other six went to the contractor, SRL. Out of around R2.6-billion that had already been paid by Prasa when the contract was set aside, SRH had been paid just over R900-million, despite not having any links to the tender, nor any evidence of experience in the rail industry. The same applied to its sister company, SRL, which Sack said had only R60 in its bank account prior to payments from Prasa. The only conclusion to obe drawn from this, said Sacks, was that Swifambo was set up to front for Vossloh.

“My analysis shows that Swifambo had no business operations. It had no cause or validation for the amounts that it expended over and above the money that flowed to Vossloh, Vossloh being the foreign manufacturer of the locomotives, and some payments to SARS,” said Sacks.

The conclusion from his background investigation was that the tender was designed with Swifambo in mind.

“The locomotives tender was always intended to go to Swifambo. It was set up inter alia along the request for proposals, the bidding, the companies who participated, the evaluation, the adjudication.

“It all points to Swifambo receiving this contract, and what’s also important is that there were glaring irregularities in terms of Swifambo being that company, in terms of not being properly registered for tax purposes, not having the relative experience in rail and the fact that they were going to outsource the manufacture completely to a foreign company [Vossloh], which until Swifambo signed a contract with Prasa, there was no contractual relationship with their partner or sub-contractor.”

Daniel Mtimkulu, Prasa’s former head of engineering, is alleged to be behind the drawing up of the tender’s technical specifications, the commission heard. Mtimkulu was found in the High Court judgment to have lied about his engineering qualifications to Prasa, and was subsequently removed from his position. Prior to the tender being advertised, a delegation from Vossloh is understood to have inspected Prasa’s existing locomotives fleet, with the blessing of Mtimkulu, who also authorised the purchase of air-conditioning facilities from Vossloh around this time, in December 2011.

Molefe claims in his affidavit before the High Court that once the bids were in, and Prasa’s bid evaluation committee raised concerns about the seemingly overstated technical specifications of SRL, then-chief procurement officer Chris Mbatha dismissed the red flags, saying his department had already taken care of that element of the bid.

Some of the irregularities found by Sacks in relation to the tender process include:

Sacks further revealed details on how Swifambo made payments to companies under Mashaba’s name, and others linked to another beneficiary of Prasa contracts, Makhensa Mabunda and Molefe’s predecessor and former deputy finance minister Sfiso Buthelezi. A company linked to Buthelezi, Sebenza Forwarding and Shipping, received payment of R99-million, apparently for the movement of the locomotives from their manufacturing base in Spain, to South Africa. Buthelezi was chairperson of Prasa at the time that the Swifambo contract was concluded, but appears to have not disclosed his links to Sebenza.

Following Sacks’s testimony, Hannes Mulller, a liquidator appointed to Swifambo’s liquidation, gave details of multimillion-rand properties that he found to have been purchased or leased in the names of Mashaba and Mabunda, or companies linked to the pair. Molefe told the commission last year that both men enjoyed the protection of Montana at Prasa, with Mabunda’s Siyaya group of companies scoring many tenders irregularly from the agency. Siyaya, like Swifambo, took Prasa to court demanding payment for work done as per contracts entered into.

Zondo noted that Sacks provides names of individuals and entities that appear to have benefited unduly from the tender, but four years later the Hawks have not taken action.

“Of course it may well be that what appears to be inexplicable to us, they will come and explain and we can understand…but it can’t be left unexplained.”