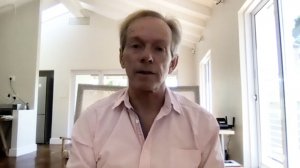 The year is 1976, and South Africa is gripped by a terrible lockdown – apartheid.

Nelson Mandela is in prison on Robben Island; South Africa is isolated from the rest of the world, and revolution is in the air.

Against this background, a young student at Johannesburg’s Wits University decides to try and take control of his life, and his destiny, and give himself a sense of purpose. He challenges himself to run South Africa’s most famous long-distance race, the gruelling 90-kilometre Comrades Marathon.

Little does he know that five years later he will win this most iconic of races and he will go on to be considered one of the greatest Comrades runners in the history of the race.

In Winged Messenger, Bruce shares his 1976/77 training diary so that raw novices and experienced runners alike can follow the journey he took to his first Comrades. Novices particularly will enjoy reading about how he took his first stumbling, rudimentary steps and how, as an ordinary runner, he began to understand the demands of the race.

He documents his mistakes, his successes and his progress towards his date with destiny in May 1977. Using his own experiences, he guides others, but particularly novices, on their quests to become winged messengers.

This is a unique blend of both a training guide and a fascinating glimpse of the life of a young man in his quest to conquer both himself and South Africa’s greatest race.

Bruce Fordyce is probably best known for having won South Africa’s Comrades Marathon 9 times. During that winning streak he set 5 new Comrades Marathon course records. He has run 30 Comrades marathons to date. In addition, Bruce has won numerous other marathons including the famous London to Brighton 3 times. Bruce lives at home in Parktown Johannesburg at high altitude with his family. He still runs regularly though now with a dodgy knee. He estimates he has run well over 200000 kilometres. Most recently Bruce launched the parkrun concept in Southern Africa which has grown to nearly 200 Saturday morning 5km free timed runs and over 1-million registered members.