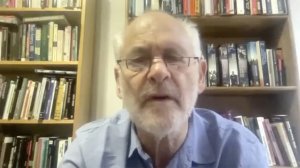 Raymond Suttner unpacks his column "Where there is no vision, the people perish” – Proverbs 29:18. (Camera: Kutlwano Matlala, Editing: Nicholas Boyd)

Professor Raymond Suttner unpacks his column "Where there is no vision, the people perish” – Proverbs 29:18.

African coups are making a comeback

Coups used to be the method of choice in Africa for changing governments, with over 90 occurring between 1951 and mid-2020. During those years, only 30 incumbent leaders were peacefully removed from power by their political opponents in elections. And in that time, just 28 heads of state voluntarily left office after serving their legally allowed number of terms as president, says Issaka Souaré, Director of the Sahel and West Africa Programme at the Stockholm International Peace Research Institute. →