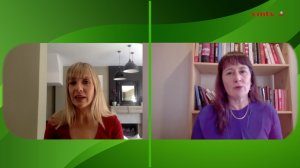 In the past few years, so many scandals have rocked corporate South Africa that crises seem to be the norm rather than the exception. In the glare of the public eye, with cameras, microphones and cellphones in their face, many leaders who excel in organisations suddenly become scared, confused and can even appear shady.

When Crisis Strikes looks at a variety of crises in the age of social media in South Africa and abroad, with examples of who got it right, who got it wrong and how they could have done better. The organisations range from schools to local companies to multinationals caught up in state capture claims and giants such as Boeing and BP.

The book provides ten simple and effective rules to help manage crisis situations. The practical advice in each rule is backed up by academic research that draws from public relations, marketing, management, leadership and psychology. It combines insights from a seasoned journalist and an accomplished academic to give you the advice and tools to ward off a crisis before it strikes and, if it’s too late, to resolve a situation quickly and with  integrity.

Francis Herd is a journalist and television presenter with nearly two decades of experience working for South Africa's top broadcasters, including 702 Talk Radio, eNCA and the SABC. She has interviewed well-known local and global leaders, including Cyril Ramaphosa, Howard Schultz and Bill Gates.

Professor Nicola Kleyn is the dean of the University of Pretoria’s Gordon Institute of Business Science, one of Africa's leading business schools. Over her career she has interacted with many CEOs and senior management of multinational and other significant organisations. Her areas of expertise include corporate branding and reputation management.

When Crisis Strikes: Ten Rules To Survive (And Avoid) A Reputation Disaster is published by Pan MacMillan South Africa