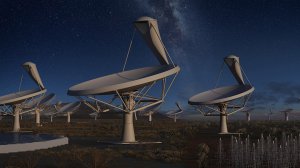 It is therefore no surprise that Naledi Pandor, the country’s science and technology minister, positioned science in a recent budget presentation as a transformative activity making a clear developmental contribution to South Africa.

But is the positive spin valid? Should the country be sharing Pandor’s enthusiasm over her budget and the work of her department? Or should South Africa be spending more than it presently does on science and innovation?

How can South Africa increase innovation?

Support for science has historically been linked to two main outcomes, knowledge and technology. But, increasingly, this link has been replaced by the more utilitarian notion of innovation, where technology is considered a key source of economic growth. It is also fundamental to the achievement of higher levels of per capita income.

Innovation itself is a complex process arising from a diverse set of inputs including research and development (R&D), technology transfer, cultural factors and inter-firm competition.

The difficulty for Pandor – and for economic policy within all African countries – is the question of how to raise levels of innovation. Although she controls the level of public funding for R&D and science, this is only one important and somewhat uncertain factor.

Science covers a wide area – from basic research to new product development, biotechnology to energy, natural science to social science. Science funding’s impact on innovation varies according to its focus, whether this is defined as the proximity to market or the specific disciplinary area.

The second difficulty is that funding for science is in reality an investment. It is an expenditure incurred in the present with the expectation of a future return.

These issues are well illustrated by the department’s funding for the Square Kilometre Array (SKA). The SKA is an ambitious project to install about 3000 radio telescope dishes. This will make it the world’s largest and most sensitive radio telescope. It is 50 times more sensitive and 10,000 times faster in terms of its survey speed than the best radio telescopes today.

South Africa’s funding for the project in 2015-16 alone will be R701 million, with matching funding from the SKA partners. The telescope will attempt to clarify fundamental questions about the structure of the universe and hence important cosmological questions on its origin. But these bear little relevance to the important social priorities of poverty, public health or essential services.

However, “big” science can generate huge economic and social spin-offs. Many studies have shown that the social return on investment from science funding exceeds the private return, often doubling it. For instance, the SKA project has already resulted in the upgrading of South Africa’s expertise in big data processing, high-speed internet and engineering.

In particular, South Africa will benefit from the development of big data capability, a growing and important area with large commercial applications including online retail and finance.

The most important prerequisite for a high social return is that such projects need to adhere closely to the principles of open innovation, collaboration and transparency.

Pandor reflected the trend towards open innovation in her speech. She also drew from another important trend – the development of the notion of inclusive or social innovation, with mention of a number of community-based enterprises and agro-processing initiatives. This includes, for example, an app for an online anti-xenophobia campaign, #WeAreAfrica.

Pandor is committed to trying to ensure that South Africa reaches the:

… ANC’s manifesto target of gross expenditure on research and development to be 1.5% of GDP by 2019.

This is a tall order, given that South Africa’s spending seems frozen at 0.76%. This is a value that has persisted intractably for the last three years of evaluation. Although the government may be able, admirably, to increase the public investment in R&D, it has not managed to stimulate business expenditure on R&D. This level has fallen consistently since its highs in 2008/9.

Reversing this trend has been impossible, notwithstanding the introduction of a tax deduction for R&D and several other initiatives to shift the economy from its current resource base and realise the vision of innovation-led growth, as articulated by the National Development Plan.

In the absence of this investment, the South African government needs to consider alternative approaches to stimulating innovation – specifically technological innovation.

Other countries in Africa, including Botswana and Kenya, have a similar problem. Historically, public funding for R&D has supported basic research with product development in areas other than defence being the domain of private companies.

In certain areas, and especially in public health, it is important to re-align this profile and direct more funding towards innovation, including support for the development and manufacture of essential health products. At present, only 7% of the total government funding for health in South Africa is directed towards innovation, with 93% being allocated to basic and applied R&D.

Funding for science and innovation reflects government’s thinking on the economy and its needs. It is encouraging that the budget for R&D has been growing, that the department appears committed to open and inclusive innovation, that it is prepared to imagine a future without mining and coal-fired power stations.

The challenge remains to turn this budget into innovative products and services that can services our social and economic needs. The government needs to allocate more resources to technological innovation; it needs to build business confidence in the future of the economy; and it needs to improve technology absorption and R&D expenditure by the private sector.

Behind the talk and the figures, one hopes that it has a plan to overcome these challenges.

David Richard Walwyn is Professor of Technology Management at University of Pretoria.