What does China's role in Africa say about its growing global footprint? 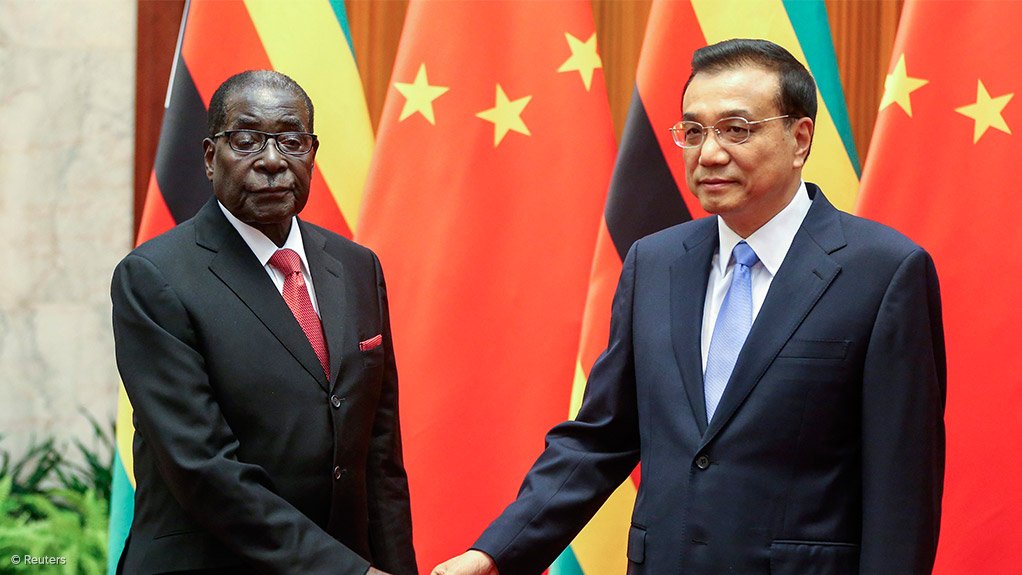 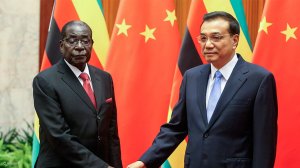 China’s ties to Africa are likely to get stronger this year as the world’s biggest economy appears poised to once again double its investments across the fast-growing continent.

The run-up to the sixth Forum on China-Africa Cooperation (FOCAC) to be held early next month in South Africa is under way. The forum – in its 15th year and the first held under President Xi Jinping’s administration – has been the main venue for setting the investment, trade and integration agenda between China and countries in Africa.

But has this relationship been as good for Africa as it has been for China? And what can other countries beginning to receive more of its largesse learn from it?

As the poster child for economic growth in recent decades, China has been increasingly keen to spread its wealth and influence around.

Even though the country is suffering from a slowdown and expected to achieve “only” single-digit growth rate in the coming years, it remains one of the fastest-growing economies in the world. Its success has been, in part, the result of it being the recipient of huge amounts of foreign direct investment itself.

As China gradually embraces the roles and responsibilities of the world’s biggest economy as well, it is increasingly reversing that flow of cash and is expected to soon surpass the US as the largest investor in other countries.

The inauguration of the China-led Asian Infrastructure Investment Bank, a rival to the World Bank and International Monetary Fund, is a sign of that, with its US$100 billion in financial firepower, as is the new China-Pakistan Economic Corridor (CPEC), which will run from Gwadar in Pakistan to China’s western Xinjiang region, supported by a historical agreement of over $46 billion.

Indeed, the amount of investments made by China abroad is estimated to be $531 billion in outward foreign direct investment, with 4% of it – $22 billion – going to investments in natural resource extraction, finance, infrastructure, power generation, textiles and home appliances in Africa.

That’s a small sum at first glance, but its economic impact to the region is both huge and far-reaching, especially in Sub-Saharan Africa, with the biggest investments made in Nigeria, Sudan, South Africa and Angola.

In addition to investment projects, China has quickly become the continent’s biggest trading partner, with trade volume of $166 billion in 2014. This is likely to continue to increase and reach an estimated $1.7 trillion by 2030.

But despite the substantial investments, most of them have been routinely cast as detrimental to Africa’s overall competitiveness.

The projects are dependent on deals made at the highest political levels. They lack competitive and transparent bidding processes, and most of the work force employed at these ventures has been Chinese. Promises of job creation have not been fulfilled. Further, when Africans are hired, local rules and regulations are often flouted, leading at times to poor safety.

For instance, at Chinese-run mines in Zambia’s copper belt, employees must work for two years before they get safety helmets. Ventilation below ground is poor, and deadly accidents occur almost on a daily basis.

More frequently, jobs are lost to Chinese employees, who are ferried in project by project. For example, the growing Chinese presence in South Africa may have cost the country 75,000 jobs from 2000 to 2011. In Nigeria, the influx of low-priced Chinese textile goods has caused 80% of Nigerian companies in this industry to close.

Africans' impression of Chinese firms could also be shaped by illegal practices carried out by them.

For example, by law, mining on small plots of 25 acres or less is restricted to Ghanaian nationals. However, many Chinese continue to explore for gold in conjunction with local landowners, even though regulations have made it clear that such practice is illegal. The result: many Africans see themselves to be exploited by the newcomers.

Perhaps making matter worse, the kinds of goods that the two partners trade with each other have done little to change such perception.

Such an arrangement could benefit both parties, but it’s more often seen as China exploiting Africa’s natural resources to feed its need for industrial output.

At the same time, by exporting cheap – and often shoddy – manufactured goods to African countries, local companies not only become less competitive but they also grow increasingly dependent on China.

Recent research has also suggested that the Chinese presence has failed to bring significant skill developments, adequate technological transfer or any measurable upgrade to the productivity levels to this part of the world.

Jobs and infrastructure, not just oil and mines

Recently, China has become more tactful in its approach to Africa, trying to preempt the perception that its presence in Africa may be one-sided only.

In this year’s China-Africa forum, for example, the Middle Kingdom is believed to be making efforts to mitigate the broad criticisms of its “mercantilist” approach toward Africa by, among other things, offering more access to capital for local companies. The fact is that China’s Export-Import Bank extended $62.7 billion in loans to African countries from 2001 to 2010, some $12.5 billion more than the World Bank.

And contrary to what many may believe, China’s investment is not concentrated in countries with inadequate rule of law. The biggest recipient is in fact South Africa – though the Chinese presence is often more visible in other countries from which Western governments have shied away.

Indeed, as researchers have pointed out, Chinese investments are not concentrated in natural resources: services are the most common sector, with significant investments in manufacturing as well. This suggests that China is now doing more to help African countries to build up their competitiveness.

Lately, the Middle Kingdom has tended to reduce to publicize major oil and mining contracts and instead has focused more on areas where it’s creating jobs, investing in infrastructure and transferring technology. And the latest Forum on China-Africa Cooperation is meant to showcase that.

But will loans to support new railroads and other infrastructure projects be enough to make up for concerns that African resources are being exploited?

The challenge for Xi, and China, is to further develop the relationship and at the same time alter sometimes negative perceptions. That’s the opportunity presented by the forum, which could be a game changer for China, its external policy model and its growing footprint beyond its borders.

Key to that is ensuring Chinese companies operating in Africa comply with local rules and regulations. They also have to change their views of the locals, so that the latter are seen as equal business partners.

Only by making such fundamental shifts can China capture people’s hearts and minds and not just their mines.

100 years of innovation and inventions: South African vice chancellor reflects on what’s next

We live in a world characterised by inequality, poverty, economic volatility, globalisation, climate change and ambiguity. In my own country, South Africa, residents have to navigate socioeconomic and political instability, power and water cuts, homelessness, unethical governance and mediocre or no service delivery. It is a far cry from what the country could be if we brought its best talent and resources to bear for the benefit of humanity. →