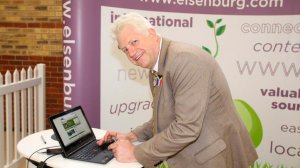 Minister Winde tabled the Project Khulisa action plan to boost the sector over the next five years at a media briefing at the Zeitz MOCAA Pavilion at the V&A Waterfront this morning (1 September 2015).

“At the start of Tourism Month, we’d like to illustrate how we are going to grow this important economic sector. It is encouraging that we continue to see strong investment from the private sector into tourism. The V&A Waterfront is committing R179 million into the development of a dedicated cruise-liner terminal.

“Other investments include the expansion of the Cape Town International Convention Centre and Tsogo Sun’s planned R680 million hotel in the CBD. We are also hosting this briefing at the Zeitz Museum of Contemporary Art Africa, which is one of our most exciting new attractions.”

Minister Winde said that through Project Khulisa, tourism had been identified as one of the focus sectors for the province: “Tourism is our most competitive sector. It has shown high growth and excellent job creation over the past five years.”

The Project Khulisa team has identified tourism as one of the focus sectors for the province.

“To reach these objectives, we will collaborate with the private sector to pursue a range of initiatives which we have workshopped with industry into a set of action plans. These plans are focused on boosting awareness of the Western Cape in key markets, improving accessibility to the destination and boosting the attractiveness of the region through additional competitive product offerings.”

Minister Winde explained that to boost awareness of the destination, a programme would be implemented to encourage international conference delegates to add a leisure component to their stay.

“We will also use the digital revolution to our advantage. One of our plans is to develop data and real-time business intelligence capacity so we are able to monitor trends as they occur and respond to them.”

Increasing air access will be a key element in improving accessibility.

“We will work to secure three new direct air routes to strategic markets. We are aiming to launch the first of these routes next year. In addition, we will create and drive an awareness campaign on local public transport options.”

“In July, we achieved a 17% year-on-year increase in the number of international arrivals. Cape Town International attributes this increase to the new direct flights from Ethiopian Airlines and Qatar Airlines.”

“If we had continued to see the level of growth we were seeing from China, there is no doubt this would have had a major impact on international arrival numbers. An important aspect of improving accessibility is making it easier for people to travel to South Africa. To this end, we will lobby national government to amend the visa regulations so we can regain ground in these important new markets. The current laws are one of the biggest threats to our vision for the tourism sector. AKnysna-based tourism businessman, whose key clients are the Indian and Chinese markets, told me recently that he had seen a 25% drop in business over the past five months.”

Minister Winde said that through Project Khulisa, the province had identified its strong points and would be focusing on them with lazer-like intensity. This would be done in part through an innovative approach to packaging the destination.

“Our action plan includes positioning the Western Cape as Africa’s cycling capital by ensuring that we have world class leisure cycling infrastructure and systems. We will also maximise culture and heritage tourism through a Madiba Legacy Tourism Route. In addition, we will emphasize the province as a leading food and wine destination.”

The events economy will continue to be a focus area.

“Events are important economic drivers. In Robertson this year, over the traditional winter period, accommodation was fully booked. This outcome was driven largely by events such as the Wacky Wine Weekend and Robertson Slow Festival.”

Minister Winde said it was important that the province’s residents also supported the growth strategy.

“To raise awareness about the economic importance of the tourism industry, we will implement a ‘tourism benefits me’ citizen campaign. We will also encourage local businesses to participate in a province-wide service level improvement campaign.”

“Tourism is big business, and our biggest job creator. If we all come on board to support it, we could see a big change in our economy.”