We will not be reckless in implementing NHI – Ramaphosa

We will not be reckless in implementing NHI – Ramaphosa 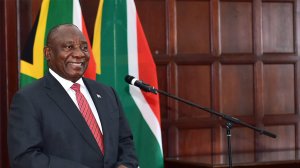 President Cyril Ramaphosa on Monday urged South Africans to support the National Health Insurance (NHI) Bill, and assured that government would not be reckless in implementing it countrywide by 2025.

“It is one of the greatest travesties of our time that access to decent and quality health care services is determined by one’s ability to pay,” said Ramaphosa.

He said this was at odds with the Constitutional right of access to health care for all citizens regardless of their socioeconomic circumstances.

“We must move away from a culture driven solely by self-interest and embrace the spirit of ubuntu, meaning solidarity. This is the vision of the NHI. It is the vision of our Constitution,” he said.

The countrywide hearings on the NHI will soon end and deliberations by Parliament on the Bill will take place.

Ramaphosa said the rising costs of health care affected every South African, including those with private health insurance, as premiums continued to rise while benefits were reduced.

“As a nation, a large share of our national expenditure goes to health care, yet there is a fundamental mismatch between what we spend and the health outcomes of our citizens. Just as we demand quality standards of health care for ourselves and our families, we should do the same for others. Just as we would not treat a relative or friend badly because they earn less than we do, we should care enough that they have equal access to treatment and care when they fall ill,” he said.

He urged the private sector to join government in seeing the NHI realised, calling on them to make the health care landscape more efficient and cost-effective.

The NHI was as much an economic issue as it was a fight for social justice, he said.