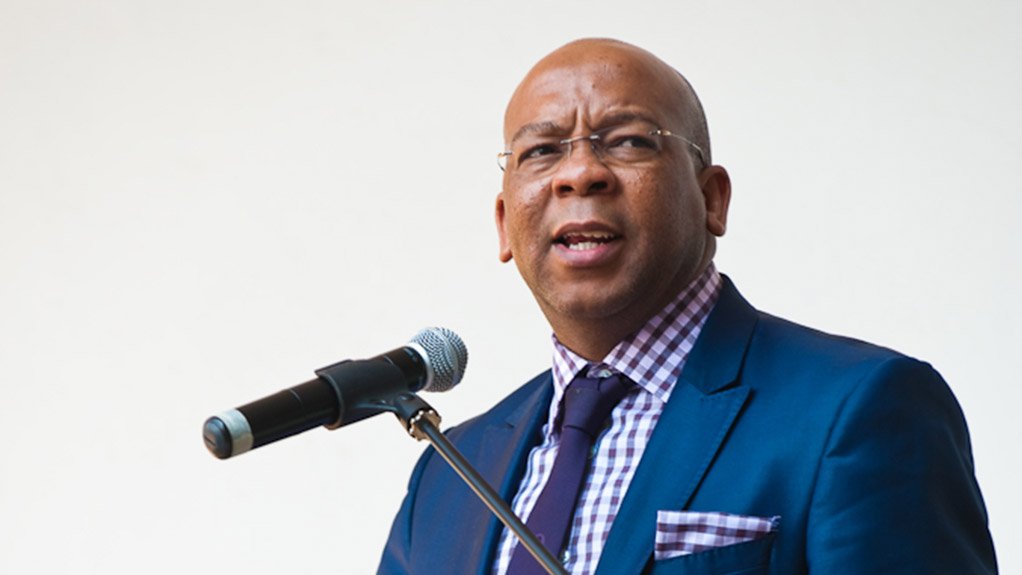 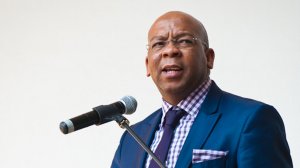 "This World Environment Day is very significant because it brings to our attention the need to live in clean environments. That is why we have initiated this [cleanup] intervention. It is not a panacea to resolving our problems but it's going to make sure that we are able to address the attitudes of our people in relation to environment, space and litter," Ramokgopa told journalists while on a cleanup campaign led by Environment, Forestry and Fisheries Minister Barbara Creecy in Nellmaphius, in Mamelodi, east of Pretoria.

Ramokgopa said his department is on a drive to educate and support communities to generate revenue from waste.

"We need to ensure that we are able to convert waste into revenue income. My view is simple ... waste is the new gold. There are new technologies that can be employed to ensure that we recycle and sell back to big companies. The major barrier there is the capital associated with buying the necessary implements and equipment for one to be able to do the conversions. That is why the department of economic development is there to help budding entrepreneurs to ensure that they participate in the mainstream economy while we are getting our communities clean," said Ramokgopa.

The former Tshwane mayor said he was fully aware of the problem of illegal dumping, and hoped that after the World Environment Day commemorations, the Mamelodi community would not fall back into the trend of illegal dumping of waste.

"There is a tendency that once we leave, people lapse back to the normal and there would be litter here. Let us convey to our communities that it is their responsibility, but they can also generate income from collecting waste," said Ramokgopa.

He also appealed to local municipalities in Gauteng, which are charged with the primary responsibility of waste collection, to ensure that they do their work and contribute to the massive fight against illegal dumping.

Creecy said the cleanup and tree planting exercise on Wednesday follows from the clarion call made by President Cyril Ramaphosa earlier this year for all South Africans to take active steps to protect the environment at the launch of the massive Good Deeds Campaign.

“President Cyril Ramaphosa launched the Good Green Deeds Campaign in March, so this is not the first cleaning up campaign, and it will certainly not be the last. We chose this area because there is a municipal landfill site here. There is regular collection of garbage in this community, but there is also this problem of illegal waste disposal. What is very important is the whole issue of citizen education. One of the things our department is committed to do is to do more of the citizen education so that we can all understand why illegal waste is not an appropriate form of behaviour,” said Creecy.

“We are looking at how we can mitigate the fact that for some people, they are not yet receiving weekly garbage collection which leads to this problem of illegal dumping.”

Creecy said she believes there are multiple factors spurring illegal dumping, which is rife across South Africa as tonnes of plastic, debris and litter has taken over many vacant areas and polluted many rivers.

“We only have 66 percent of communities that are receiving weekly waste disposal, 80 percent of communities do have access to waste disposal but it may not be weekly. I think one thing we have to look at is the supplier side of waste disposal. We've got to look at citizen behaviour modification. The Good Green Deeds Campaign has primary emphasis on the issue of citizen behaviour. One of the things I want to see more of is consciousness about environmental issues in our schools. I think if one starts with young people, and we help them understand why environmental issues are everybody’s issue because the deteriorating quality of life affects everybody,” said Creecy.

The government officials including Deputy Environment Minister Maggie Sotyu and City of Tshwane’s acting regional executive director for Region 6 Billy Sepuru, accompanied by a crowd of community members and different employees of the department of environment, forestry and fisheries went around the community picking litter, planting trees and carrying away tonnes of the garbage.

The celebration of World Environment Day began in 1972 and has grown to become one of the main vehicles through which the UN stimulates worldwide awareness of the environment and encourages political attention and action.

The department of environment, forestry and fisheries said Wednesday's community clean-up was aimed at raising awareness about waste management and the significance of a clean and safe environment to the health of all South Africans.

The start of a vaccination campaign against Ebola in southeastern Guinea has been delayed by a day after the vaccines did not arrive in the country on Sunday due to bad weather, health authorities said. The start of inoculations in the Nzérékoré region, where an outbreak of the deadly virus was declared last weekend, is now expected on Tuesday, rather than on Monday, the National Agency of Health Safety (ANSS) said on Facebook. →