Transforming the Tyre Industry at all Levels

Transforming the Tyre Industry at all Levels 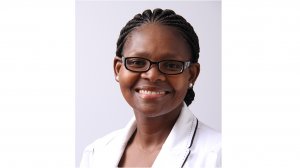 A vital key to transforming the tyre industry is not just about making cosmetic changes at the top but turning a traditionally male-dominated space into a welcoming environment where all voices, at all levels, are heard.

In April, Bridgestone Southern Africa became the first company in the tyre industry to achieve a Level 3 broad-based black economic empowerment accreditation. This was the result of an intentional strategy of appointing a diverse workforce, not only in terms of gender and race but background and expertise.

Over the past two years, Bridgestone has revitalised its leadership teams to build a dynamic team of professionals from across the economy, many from outside the tyre industry. In this period, highly skilled female professionals have become an integral part of the company’s future, paving the way for future generations of women.

Ndileka Arosie, Quality Assurance manager based at Bridgestone’s Brits plant, joined the company in February 2020. This was just a month before the nation and the rest of the world went into a global lockdown that put every sector, including the tyre industry under tremendous pressure.

“As a trained chemical engineer, I’ve spent over 21 years in the manufacturing industry, and as a woman in highly technical environments, I’ve experienced the complexities of diversity and gender,” she says. “I was fortunate to start my career at a time when there was a lot of excitement and investment into females in engineering roles.

“Over the years, some women found the challenges insurmountable, while some have taken up the challenge. One thing that I have realised is that while the industry may provide support, you need to have your inner resources to succeed,” she says.

Her diverse experience has seen her working in the manufacturing of food, explosives, chemicals, and personal care products, and now tyres.

The inevitable resistance she encountered from the “old boys’ club”, where the loudest voice usually won the day, meant Arosie had to quickly establish her level of authority. Over time she has learned that, rather than aggression, success would be achieved through timing and preparedness.

“While it is important to be assertive, it is much more effective to work in symphony with others,” she says. “You have to learn to read the room, listen and offer well-structured input. There is a way to get your point across while learning from each other.”

The introduction of automation, artificial intelligence, and robotics means that the manufacturing environment is no longer as labour intensive as in the past, offering new opportunities for a variety of skilled jobs.

Nirvana Sivalingam, Head of Procurement at Bridgestone, started in May 2020 at the height of lockdown, meant a swift transition into a completely new industry.

“It was a challenging experience coming to grips with such a complex business under such conditions,” she says. “However, with my original background being in teaching, I have become accustomed to tackling the unfamiliar.”

Having taught for seven years, Sivalingam changed careers and joined the procurement department of a large mining company, where she climbed the ranks over the years.

She has taken on leadership roles in procurement for a logistics group, an engineering firm, and a leading electrical component manufacturer before joining Bridgestone. Like Arosie, she has had to prove herself and overcome challenges many times over a corporate career spanning 20 years.

“Throughout my career, I’ve never shieded away from studying and learning about the field, even as I juggled family life and full-time work,” she says. “As a woman, you often have to fight for acceptance, but rather than complain I simply focused on delivery, and in the process, I’ve changed many minds of people who might have questioned my ability.”

Tyre industry getting it right

Nokulunga Mkhize, People Business Partner Lead joined even more recently, in December 2020. Her experience is just as diverse with an accomplished career in talent management that extends the motor industry, engineering, consumer goods, automotive, mining, and the NGO sector.

She says, although she has had to make sacrifices in her career, being a mother of two children who are now adults, she has no regrets.

“Culture has always been a challenge in corporate environments,” she says. “It is important that leaders not only speak about an inclusive culture but lead by example by being available, present, and supportive.

“The tyre industry, with Bridgestone at the fore, is beginning to get this right, even in jobs long held almost exclusively by men. The plant now has over 50 ladies, and when we bring in graduates, we focus more on females, with an intent to absorb them,” she adds.

Thandeka Ngoma, became the first female Consumer Sales Director at Bridgestone Southern Africa in 2020, after serving as Head of Marketing since she joined the company in 2017. She recently walked away with top honours in the ‘Positive Role Model in a Multinational Pan-African Company’ category at the 9th Annual Gender Mainstreaming Awards Southern Africa for 2021.

In addition to being an integral part of the team driving the company’s transformation journey, Thandeka, a mother to two girls, took her passion to break the cycle of the negative impact of absent fathers in our society by joining The Character Company in 2016 as a director.

The organisation works with and provides mentorship for boys from single female-headed households who don’t have present fathers or positive male role models. The long-term mentorship programme focuses on providing male mentors to the boys, thus helping to raise good men with strong values, positively impacting families and society at large. Ngoma serves through her marketing and strategic experience, helping to grow the organisation’s reach in South Africa.

“My philosophy, especially when it comes to issues such as gender-based violence, is that in order to improve things for young girls and women, we have to also heal young boys and men,” she says. “When I joined Bridgestone in 2017, I embraced the opportunity to further mentor young professionals, especially ladies who might find it difficult to adjust to previously male-dominated spaces.

“Through platforms such as the Bridgestone Women’s Forum and our Lean-In Circles, we continuously seek opportunities to encourage young women to be brave and put themselves forward to lead and make a lasting impact on future generations,” she adds.

Issued by Riverbed Agency on behalf of Bridgestone Southern Africa