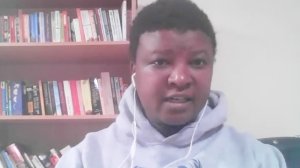 The book explores the radicalising role played by its early leaders, such as Nelson Mandela, Walter Sisulu and O.R. Tambo; the formation of the ANC Youth and Students Section in exile, first led by Thabo Mbeki; the return from exile in the 1990s and the leader­ship of Peter Mokaba; the controversies around the appointment of Julius Malema and his subsequent sacking; and the absence of Youth League leadership in the #FeesMustFall movement and current South African politics. Finally, the book considers the role that the Youth League should play in the future.

This is a fascinating glimpse into a vital and volatile institution in South African politics.

Rebone ‘Sankara’ Tau is a former member of the ANC Youth League National Task Team and the chairperson of the Subcommittee on International Relations. She is an associate of the Southern African Liaison Office (SALO), a South African–based civil society organisation that contributes to building peace and security through facilitating dialogue and consensus between national, regional and international actors. She has written opinion pieces on politics for various publications, including the Daily Maverick, News 24, the Mail & Guardian, The New Age and City Press. She was shortlisted for the City Press Tafelberg Non-Fiction Award in September 2016.

Coronavirus Update: More than R32 million in support of the film industry in KZN

I wish to pay tribute to all winners and participants in this year’s Simon "Mabhunu" Sabela KZN Film And Television Awards which were held virtually for the first time this weekend. This was indeed a historic event which was well executed judging by messages of congratulations from the viewers across the country and the globe. →