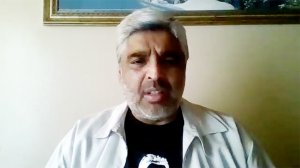 Imtiaz A. Cajee discusses 'The Murder of Ahmed Timol: My Search for the Truth' (Editing: Nicholas Boyd)

“Imtiaz reminds us in this book that his uncle, Ahmed Timol, gave the best of himself for our liberation. Therefore, I believe that we owe Timol (and all other martyrs of the struggle) the best of ourselves too. It is now up to us (as Imtiaz so ably demonstrates) to realise the society that his uncle died for. One that’s anchored on justice, love and equality. A luta!” – Lukhanyo Calata, son of Fort Calata and author of My Father Died for This

Ahmed Timol was 29 years old, a few days short of his 30th birthday, when he was killed in police detention on 27 October 1971. A year later, an apartheid-era inquest led by Magistrate De Villiers, found that he had committed suicide by jumping out of the window of Room 1026 on the tenth floor of John Vorster Square. This is where he had been interrogated.

In 1996, Imtiaz Cajee watched his grandmother at the Truth and Reconciliation Commission (TRC) plead for information about what really happened in vain. Imtiaz made a vow at that time to do everything possible to have his Uncle Ahmed’s case reopened. In 2009 he called for the reopening of the inquest and finally, 42 years after Timol’s death, a new inquest found that Ahmed Timol had indeed been murdered.

Advocate Howard Varney, representing the family, said, “We will argue that Magistrate De Villiers, in averting his gaze from the truth, acted disgracefully. He disgraced the legal profession and he disgraced his judicial office. Regrettably, your Lordship, this is not the only example where an apartheid-era court has acted in such a manner.

Indeed, examples abound” Varney asked, “Why did these families have to wait 42 years for this day? Why had the promises of the constitutional compact to victims not been met? Why have virtually all the cases from the apartheid years been abandoned by the authorities? Why did the Timol family have to move heaven and earth to get this inquest off the ground?”

And why, he asked, why was it that the decision makers behind police atrocities and death squads did not face the justice of the New South Africa?

Ahmed Timol gave his young life for South Africa’s democracy with its enshrined freedoms. He was a selfless man who sought no riches or advantage for himself. The family lost a beloved son and brother.

His girlfriend Ruth Longoni lost a soul mate. Ahmed’s comrades lost a gentle freedom fighter. South Africa lost a visionary young man who would have contributed greatly to our new democracy. In this book, Imtiaz Cajee takes us on both his own journey, and the political and personal journey that Timol took in the years before his murder.

The Murder of Ahmed Timol: My Search for the Truth is published by Jacana Media