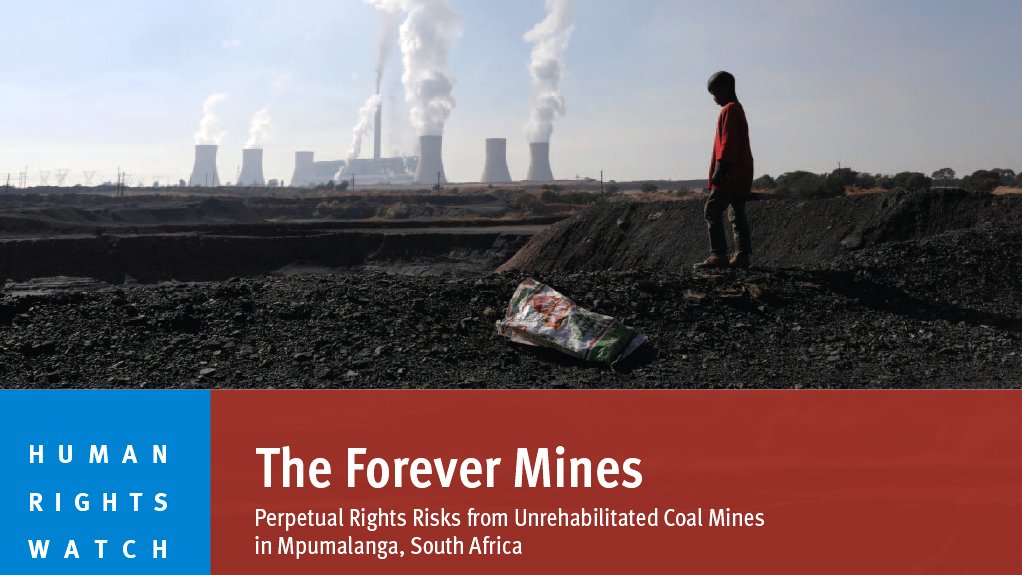 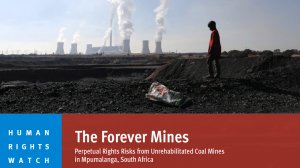 On September 24, 2016, everything changed for two families in Ermelo, a town in Mpumalanga province, eastern South Africa, in the heart of South Africa’s coal country. It was the day 17-year-old Xolani Mthembu and his 14-year-old friend, Sifiso Yende, drowned in an abandoned coal mine in Wesselton on the northern outskirts of Ermelo. The mine was last owned by Imbabala Coal (Pty) Ltd. The company had ceased operating the mine five years earlier when the Department of Mineral Resources and Energy (DMRE) found it did not have the requisite license for water use. Subsequently, the abandoned mine filled with rainwater in which the two teenagers drowned.

Following the drownings, an official from the Msukaligwa Local Municipality, one of the municipal authorities in Ermelo, promised that the government would ensure access was restricted and erect warning signs at the mine site. Five years later, when Human Rights Watch went to visit, the site was still completely accessible with no fence, restrictions on access, or warning signs. Thomas Mthembu, Xolani’s uncle, described to Human Rights Watch the ongoing risks such abandoned mines pose to residents of the community:

“What we ask ourselves is whether this is how things should be… that mine wasn’t rehabilitated and there isn’t even a warning sign, so the children saw [it as] a swimming pool. The worst part is that my nephew [will not be] the last one. There are still children that will go there.”

Xolani and Sifiso's drownings underscore both the risks of accidents from unfettered access to unrehabilitated mines and the South African government’s failure to address these risks.

Across South Africa, according to government records, there are no fewer than 400 abandoned coal mines like the one in Wesselton, Ermelo where the boys drowned. In addition to accident risks, abandoned and unsecured mines leave behind a toxic legacy of polluted land and highly-acidic water that can harm local communities in a myriad of ways.

Giving Up on Governance?

The opening quote, from the first volume of the report of the Commission of Enquiry into State Capture, chaired by Justice Raymond Zondo, refers to the decline of state-owned enterprises such as SAA, Eskom and Denel, but it could be applied equally accurately to a range of other public services and state activities, from passenger rail to policing, and from water-provision to waste removal. The list of government’s failures to carry out its basic tasks is a practically endless one. →