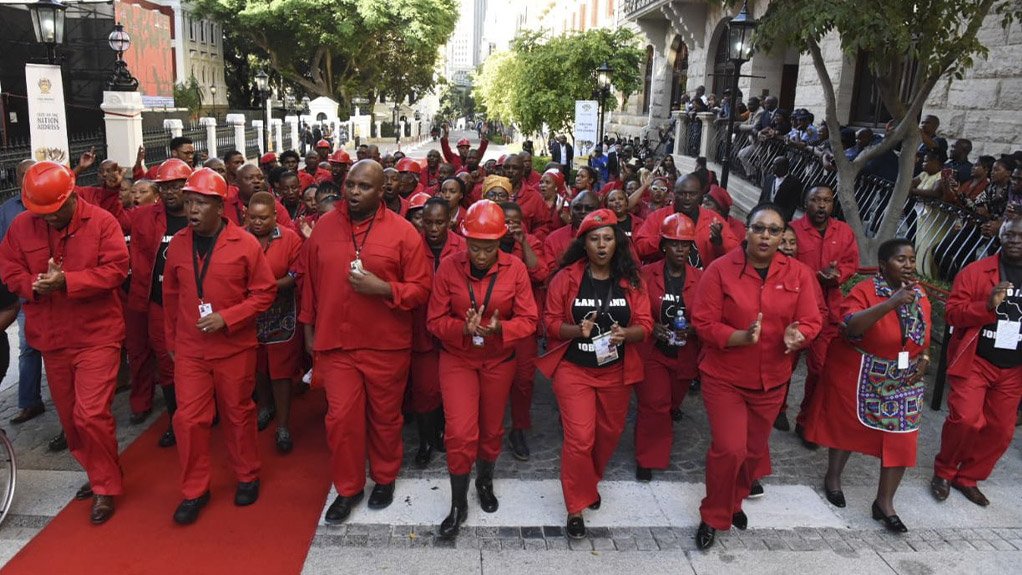 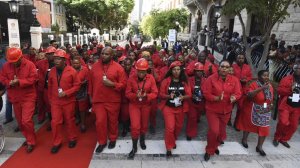 The Economic Freedom Fighters (EFF) has defended its decision to disrupt President Cyril Ramaphosa's State of the Nation Address, saying its actions were "democratic".

Moments before Ramaphosa was due to deliver his speech at around 19:00, Malema rose on a point of order and asked National Assembly Speaker Thandi Modise to eject former apartheid-era president FW de Klerk.

"Honourable speaker, we have a murderer in the House. We have a man who has got blood of innocent people in this House which is supposed to represent the will of our people and therefore it is incorrect for you to have extended an invitation to De Klerk," said Malema.

He charged the former president was an "unrepentant apologist of apartheid" and it was therefore an insult for those who died at Vlakplaas to have him present in a democratic Parliament.

"He is an unrepentant apologist of apartheid who is not willing to accept that apartheid was [a] crime against humanity," the EFF leader added.

"My submission, speaker, is that, please, for us to have peaceful proceedings we should ask the commander of Vlakplaas, apartheid apologist, a man with blood on his hands to leave this Parliament because he does not belong here."

Modise, however, argued the history of the country was there for everybody and the presence of De Klerk was proper.

She reiterated the sitting was called to give the president an opportunity to address the nation and for nothing else, adding all former presidents had a right to attend proceedings.

The EFF then turned its attention to Public Enterprises Minister Pravin Gordhan, calling on Ramaphosa to fire him.

The party said it was unfair Eskom chairperson Jabu Mabuza had to resign from his position after failing to keep his promise to Ramaphosa regarding load-shedding, but Gordhan had walked away unscathed.

At the time. the Presidency reported that in his resignation letter "[Deputy President David] Mabuza apologised for Eskom's inability to meet the commitment it made to the president, the deputy president and the relevant ministers at a meeting on December 11, 2019, to avoid load-shedding over this period".

At the time, Ramaphosa commended Mabuza for taking responsibility and accepting accountability for events under his leadership.

Malema said things could not carry on "as normal".

"We cannot proceed in this Parliament as if things are normal. Things are not normal, and therefore you can't have a normal State of the Nation Address.

"The EFF touches the untouchables."

Surrounded by EFF MPs on the steps of the National Assembly building, Malema said this was just a taste of what was to come as the party drove home its policies and points.

He added Parliament was not all about dressing up nicely - a reference to the glamorous procession of MPs and guests walking the red carpet earlier.

During a 15-minute suspension of the sitting by Modise to ease the tension inside the National Assembly, the African National Congress's national spokesperson, Pule Mabe, suggested Parliament needed to revisit its rules.

He thanked the MPs who came to Ramaphosa's defence.