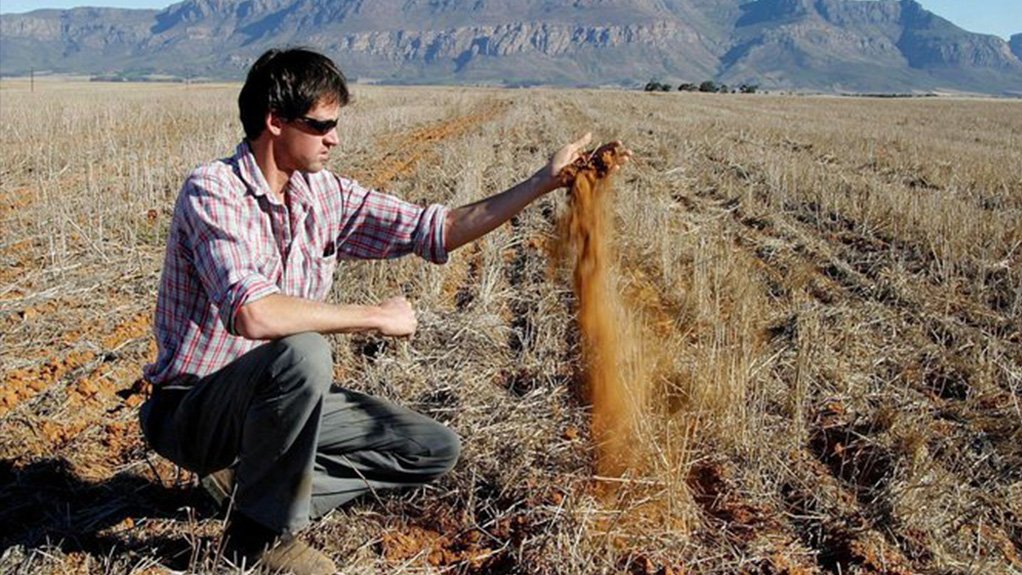 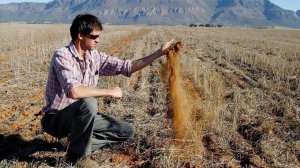 South Africa’s decision to play by the global rules of free trade post 1994 put the country’s agricultural sector in a difficult position.

While it was expected to compete against the best in the world, the support that could have helped it was taken away. At the same time, the countries it was competing against were very supportive of the sector - some times as much as three times more. This meant that new black farmers missed out on the opportunity to catch up with farmers who had been supported previously.

Beyond that, there was the problem of land reform which needed to be addressed without putting the spirit of reconciliation as well as productivity at risk.

South Africa has limited agricultural potential and produces at relatively high cost to attain the same unit of output as most countries in the world. It is classified as a semi-arid area, meaning its rainfall is low and erratic. The country has an average annual rainfall of less than 500 mm compared with the global average of 860 mm.

Only 12% of its 1.2 million square kilometres is suitable for agricultural use.

Although the agricultural sector had to provide food, the new democratic government also needed it to address political challenges related to rural development, social and political issues. The focus at the time was on transforming the sector to achieve these political goals rather than to prepare for global competition.

Looking at land ownership, this is understandable. More than 80% of agricultural land was owned by white commercial farmers, yet the white population made up about 13% of the country. Addressing the unequal and racially skewed land distribution would also contribute to overcoming the socioeconomic challenges the country faced. These included unemployment, income inequality, food insecurity, poverty and malnutrition.

Possibly the biggest of them all is unemployment, which has remained at more than 20% in this 20-year period. The majority of the unemployed are unskilled or have low skills and are affected by low and poor levels of education. The agriculture and mining sectors absorb the majority.

Employment in the sector has declined substantially over time. In the 1970s agriculture used to employ over 2 million people on farms alone, or about a quarter of the employed. By 2014, fewer than 700,000 were employed on farms, less than 5% of the employed.

Within a year of the democratic government coming into power it had to accede to the World Trade Organisation (WTO). This meant that South Africa entered into an agreement that exposed its economy to global competition and had to play by global rules, both at home and internationally.

Other agreements were signed with the European Union (EU) and southern African countries. Some are still being negotiated.

The direction taken by the new government was contrary to the stance adopted by the apartheid government which protected and supported white South African businesses. The agricultural sector was a beneficiary through various forms of support. This included direct subsidies or through institutions such as commodity boards. The boards were responsible for regulating and supporting commodities through price setting, inputs, throughput and final products.

But the support was a burden to the national fiscus. To reduce costs the new government got rid of the boards. The government would not have managed to finance 60 000 white commercial farmers only, while there were an estimated 3 million smallholder farmers who have not received support from the pre-democratic government. To balance the scales, it was more convenient to remove most of the support than to expand it.

Two decisions - accession to the WTO and deregulation - put the sector in a very difficult position. In terms of job creation the sector has performed poorly. In addition, its contribution to GDP has shrunk to less than 3% of GDP from 4.6% in 1994.

Land redistribution has also not succeeded. Only 7.5% of he land targeted for black people has been transferred.

The problem with this failure is that it has led to radical proposals that could lead to outcomes similar to those experienced in Zimbabwe.

There has also been very declining government contribution to research & development and an intensive extension service. The R&D gap has been partly filled by the private sector.

While international market access has improved and there is evidence of global competitiveness, domestic competition has become much tougher. Examples of this include the influx of poultry products, frozen potato chips and increasing wheat imports.

Hectares planted for wheat are now one third of what they were in the late 1980s. This is because it is cheaper to import wheat than to grow it. The same is true of cotton. In the early 1990s, more than 100 000 ha used to be planted for cotton. Now only one tenth of that is planted because cheaper products can be imported.

Despite the limited agricultural potential and resource scarcity, South Africa has managed to make substantial improvements in many areas. It remains one of the main exporters of agricultural products to the most lucrative markets in the developed world. It exports citrus, wool, avocados and nuts to the US and horticultural products, wine and tea to the EU.

South Africa has also found new markets. Its biggest trading partners are now in Africa, overtaking the EU which used to dominate most facets of trade.

There has also been more diversification in terms of products such as soybeans. These are in high demand globally and investment is increasing to support production. Production has been increased with the use of fewer hectares due to technology adoption and the planting of genetically modified organisms.

Government played an instrumental role by opening up markets, creating the environment and adjusting policies to allow the private sector to take advantage of opportunities. It also opened up market access beyond what was required by the WTO.

Some of the contributors to the sector’s poor performance have been policy implementation and the panic these have caused among farmers. Land reform is one policy area that will need to be designed and implemented better.

There are other government programmes which were pursued with the aim of transforming the sector, but the implementation, evaluation and monitoring have been very poor. Support of smallholders and black farmers was inadequate and was without mentorship.

Technology transfer/adoption and extension services were either poor or non-existent in many areas. And some national policies are not helpful to farmers to compete in global terms because the custodians are separate government departments. Even if these issues were addressed, South Africa will remain a high-cost producer which presents its own set of challenges.

Mmatlou Kalaba is Lecturer in Agricultural Economics at University of Pretoria.

By: Saliem Fakir    Updated 6 minutes ago

Sometimes the ‘impossible’ seems far-fetched and unrealistic, but it can be on the cusp of happening, even if it still has some journey to cover. This is illustrated by the history of the Just Energy Transition Transaction (JETT), which has many dimensions and offers many lessons. I will share here some vignettes from a bird’s-eye view and the ruminations I have been privy to, having had the good fortune of being a fly on the wall. →