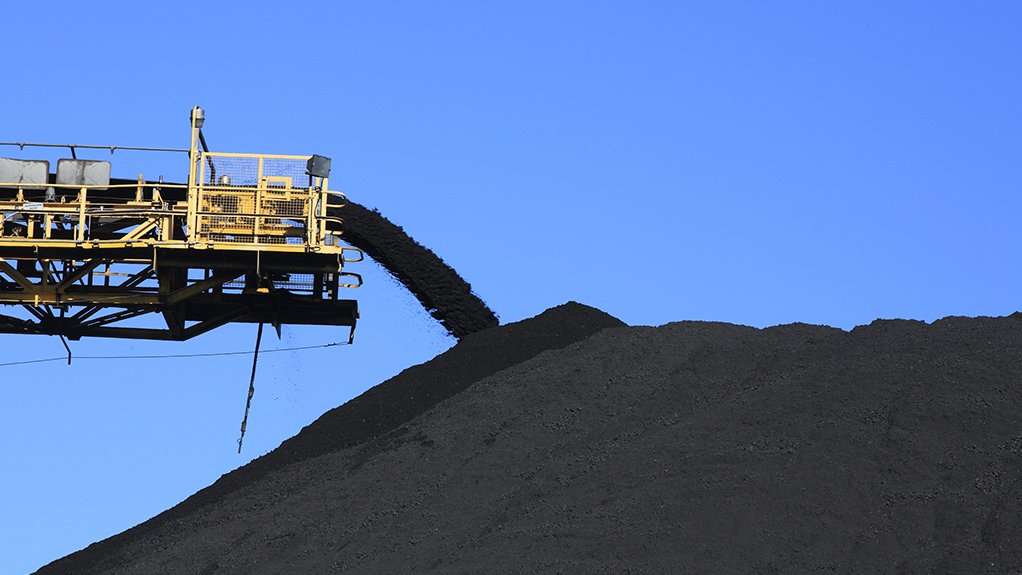 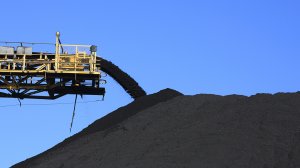 Coal stockpiling at Mpumalanga coal mine.

In response to Mining Weekly, Jones cited the three main factors that would cause South African coal supply to plummet as:

There are, he noted, very few large players left able to finance, explore, develop and extend mines, and juniors lack balance sheet strength to do it for themselves.

The only way to avoid massive shortfalls into 2030 is for export demand and Eskom demand to fall faster than projected, or for coal to be brought in from Botswana and the Waterberg, but these have logistics constraints and higher mining cost issues.

Mining Weekly: What is the impact of a coal cliff likely to be on coal-fired electricity prices?

Jones: It all depends on what happens with the export price and how Eskom chooses to contract going forward. If Eskom insists on sticking with cost-plus and medium-term fixed price agreements, they will be locking themselves into long-term rising prices. Currently, Eskom is paying more than export price parity for their lower grade coals. Eskom’s average fleet price of R397/MWh, as per their 2020 Integrated Report, works out to an average price of R673/t in Witbank, for an average 19.1 MJ/kg coal. That is already more than spot export prices for a better 22.5 MJ/kg coal. If Eskom continues to refuse to adopt a more market-based approach to procuring more short-term, less risky coal, then it will continue to experience cost-push inflation, whilst export prices are certain to become cheaper again in due course.

Jones: The ‘clean dark spread’ is the profit margin that a power utility makes when burning coal, adjusted for the price of carbon emissions. It is the price of power minus the price of coal and emissions, expressed in rands per kilowatt hour. There is no fuel cost to renewables so they win hands-down on price in a free market. However, coal offers baseload and grid-stability advantages that one could consider are an embedded part of the fuel cost. If cost was the only decision criteria, then it would be a no-brainer to shut down the coal fleet as fast as possible, and switch to cheaper renewables. But clearly cost is not the only criterion.

Mining Weekly: Is the demerged Thungela Resources its way to becoming a money-making machine?

Jones: Any company with little debt, and enjoying the highest prices ever for its product, combined with paid-off world class assets, must surely be considered a money-making machine. However, natural resources companies have profited from a ‘free license’ to extract from Nature at will, without consequence. This is wrong and we all know there is an unpaid cost to this, in terms of damaging our soil, water and air for future generations. Therefore, regeneration of these resources must become priority No.1. I suggest that coal miners should embrace this opportunity as “regenerative miners” and pivot to create new green revenue streams as part of the Just Transition. If Thungela were to simply pay out all its free cash flow instead to greedy investors who are not concerned about Nature then I believe they will deserve all the hostility they will surely get.

Mining Weekly: What message does your ‘Midnight at the Oasis’ convey?

Jones: Our report is called’ Midnight at the Oasis’ because the party is raging, but it's past midnight now and the hangover will surely come next. Export coal prices cannot continue like this forever. The core issue is the pace of global coal demand destruction versus the global coal supply. We believe that global demand will fall faster than global supply, causing export prices to weaken going forward. However, in South Africa it is the other way around, with supply falling faster than demand. Thus, unless Eskom starts to leverage the potential of the spot market, which links into export prices, Eskom will become the world’s most expensive coal buyer.