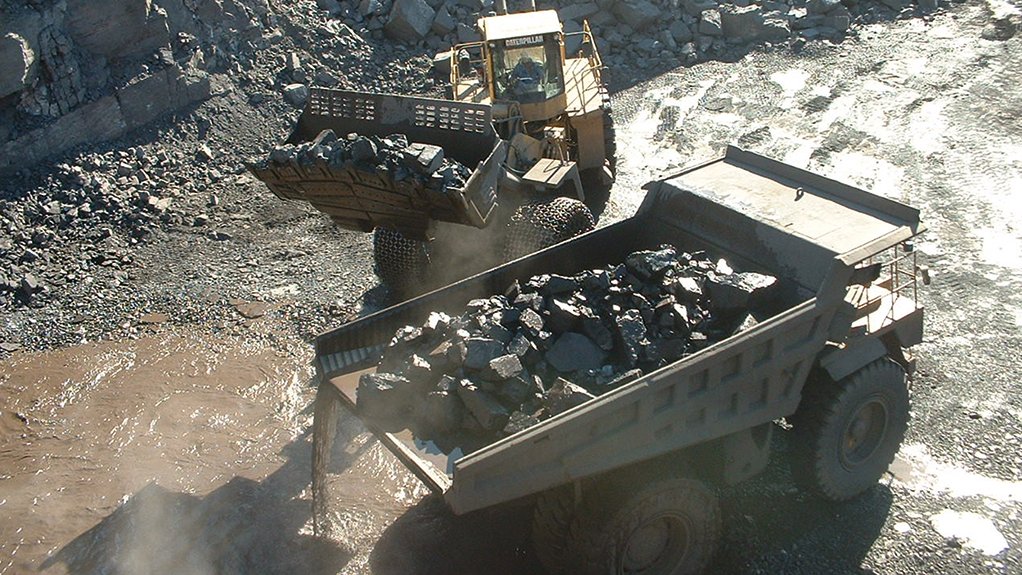 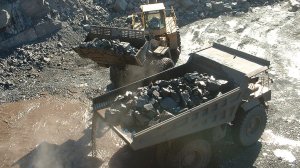 Secondary-listed JSE companies South32, with 44%, and Anglo American, with 29%, own the Hotazel Manganese Mines, Wessels and Mamatwan, served by a 500 000 t/y sintering plant at Mamatwan.

These same two companies, South32, with 60%, and Anglo American, with 40%, own the manganese alloys company, Metalloys, near Meyerton, in Gauteng, which is on care and maintenance. Assmang, held 50% by African Rainbow Minerals, owns the Nçhwaning and Gloria manganese mines.

Sydney-listed Jupiter, which does not have a secondary listing on the JSE, owns the Tshipi Borwa mine.

“If ever you needed evidence of the decoupling of the South African resource sector from the South African public capital markets then there you have it. We have had 18 new manganese mines of various sizes (mostly, to be fair, quite small - except Tshipi Borwa, UMK, Kalagadi and Kudumane), come into production since about 2006 and none is listed on the JSE,” Miller pointed out.

“It’s a travesty that we have to figure out this stuff ourselves - the Department of Mineral Resources and Energy seemingly no longer produces any usable knowledge.

“Their listing of Operating Mines of SA on their website was last updated in 2016 and they have not published any sector/commodity reports for about a decade. Yet they probably employ more people in their Mineral Promotion Directorate than they did back in 2010. You would think they would be crowing the growth in the number of participants in manganese from the rooftops,” said Miller.

Besides the traditional export port of Port Elizabeth and now the Saldanha multi-purpose terminal, there are also extensive skip-to-ship exports at Maydon Wharf in Durban, after being road hauled a thousand kilometres.

“We have mapped it all - for use by non-GIS specialists in Google Maps/Google Earth on a smart phone, PC or tablet. We hope it is of interest to transporters, traders and mine suppliers,” said Miller.

South Africa is the global leader in manganese reserves - with a growing export market.

Manganese ore was traditionally railed from the Northern Cape to the manganese terminal in Port Elizabeth. This export channel soon reached full capacity as new producers entered the market to join the four original mines - new export channels were needed.

Of the seven domestic beneficiation plants (sintering, silicon and ferromanganese alloys plants), two have been shuttered owing to Eskom.

The 22 operating mines are exporting via seven terminals. There are also 12 exploration projects.

Reaction has been positive to the discussion document of the economic transformation committee (ETC) of the African National Congress (ANC), which states that the listing of mining companies on the JSE should be encouraged and mining exploration incentivised, as is the case in other mining jurisdictions.

The 30-page discussion document puts forward an economic framework for reconstruction, growth and transformation, with the objective of building a new, inclusive South African economy, at a time when the Covid-19 pandemic is continuing to impact negatively on economic activity.

In its comment on the mining sector, the ANC’s ETC document states: “Listings of mining companies on the Johannesburg Stock Exchange should be encouraged and South African retail investors willing to invest in mining exploration should be incentivised, as is the case in other mining jurisdictions.”

Minerals Council South Africa has acknowledged the release of the ANC’s reconstruction, growth and transformation document and said it was pleased to note the approaches proposed to reinvigorate the county’s mining industry.

In his response to the ANC document earlier this year, Miller, as director of AmaranthCX, a consultancy to the minerals industry, stated: “I’m very pleased to see that the penny has dropped that the development of public markets, like the JSE, and the junior exploration sector should be firmly linked – two sides of the same coin basically – and that any effective policy must do both, simultaneously.  Previously initiatives like Section 12J have failed when it came to mining exploration, in part because they did not both develop the market for raising the capital and the junior minerals sector itself.”

Miller led the JSE-listed coal exploration and development company Keaton Energy and advised many others in his former capacities as Nedbank CIB mining finance principal and as MD of the CCP 12J startup, which specialised in the financing of secondary and ancillary projects on existing mines.

“I am concerned, however, that the South African mining sector has for all intents and purposes decoupled from our public markets – remembering that the JSE was born to serve the primary capital requirements of the mining industry.  Forty years ago, half of global mining industry market capitalisation traded on the JSE; we are now down to some 26 companies of which quite a number have no operations in South Africa.  However, South Africa still has close to 400 operating mines (more than the rest of Africa, collectively) across a diversity of commodities, ranging from small limeworks to global Tier One assets, and yet almost no primary capital raising for new projects takes place in local public markets.  It seems that our market regulators think that secondary trade in exchange traded funds based on foreign indices or just the 80 largest most liquid local companies is enough. Perhaps we need to relook the value of a stock exchange to a society, which in my view should be the raising primary capital for the real economy.

“If the ANC wants to encourage listings on the JSE, then the national chairperson of the ANC [Gwede Mantashe] could start the process by simply phoning the respective chairpersons of Bushveld Minerals, Ivanhoe Mines, Jupiter Mines, Magnum Mining & Exploration, Platinum Group Metals, Bluerock Diamonds, Diamcor, Taung Gold and any other foreign listed mining company with operations in South Africa and ask them to please apply for a low-cost, fast-tracked, secondary listing on a local market as part of their contribution to post-Covid recovery. This would create some interest and excitement in the short term and get some positive momentum going. Moral suasion should probably be enough to do it,” said Miller.

“A really quick way of encouraging retail participation on the local markets already exists, without incurring the cost to the fiscus of new incentives - this would be to allow individual investors to manage their own tax-free savings accounts, or perhaps a capped portion of their own retirement annuity, in a ring-fenced stock broking account. In a similar way to which Australians can self-manage a portion of their Superannuation Funds (a retirement annuity equivalent). Rent seeking big business members of ASISA wouldn't like this - as they benefit from high fees and will lobby National Treasury against investors being able to do their own thing at low cost.  But small companies, like junior miners, need a diversity of small investors and our concentrated financial services sector needs to open up space for smaller growth companies and less risk averse investors. We can follow that up by cloning the flow through share schemes of Canada or Australia, however, that would probably take a full legislative process, which is a longer term solution," Miller said.

South Africa’s rich Kalahari basin, in the Northern Cape, is home to 80% of the world's manganese orebody.