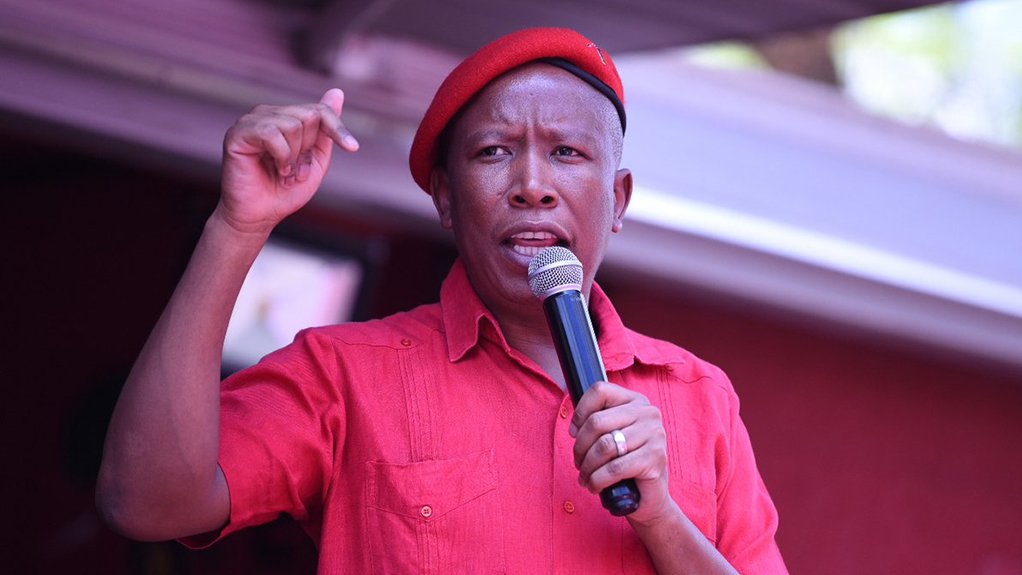 Economic Freedom Fighters (EFF) leader Julius Malema told a group of supporters in Senekal in the Free State on Friday morning to "march into the town".

Buses full of EFF supporters arrived in Senekal earlier on Friday morning ahead of the bail application of Sekwetje Isaiah Mahlamba, 32, and Sekola Piet Matlaletsa, 44, who are accused of murdering 21-year-old farm manager Brendin Horner near Paul Roux on 1 October.

Malema's instruction comes after singing and short speeches denouncing farmers and organisations like AfriForum as "racist".

Floyd Shivambu, Malema's deputy, told the crowd the EFF wanted to send a message to "the boers".

"This town is not called Senekal, it's called Matjhabeng," he said. The group then moved into town.

Disparate groups of protesters - including protesters from AfriForum, so-called radical insurgents and the EFF - were descending on the Free State town on Friday morning.

Police barricades kept the groups apart in an attempt to avoid confrontation.

One of these groups is a rightwing group called "Kommandokorps", dressed in military fatigues. Its leader, "Colonel" Frans Jooste, claimed the Free State would again be a Boer republic, Du Toit reported. They were listening to Steve Hofmeyr songs.

Police erected barbed wire barricades to separate them from EFF members who gathered in a side street.

Another group of burly young men, who claimed to be Freedom Front Plus supporters from Gauteng, sported T-shirts with the words "Ons vir jou, Suid-Afrika" - a line from apartheid anthem Die Stem - and an image of an AR15 rifle printed on them.