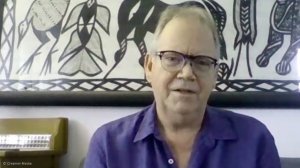 In an age of bewilderment, it is difficult to connect with our strange South African history.

The events surrounding the ‘Jameson Raid’ of 1895, in which an ebullient Rhodes and his cronies tried to seize the old Transvaal Republic, demonstrate an early attempt at state capture.

Novelist Willie Currie explores these events with a sardonic vision. He blends history and fiction in an unlikely adventure story that is at once entertaining and illuminating. Seizure is a comedy wrapped in a tragedy underpinned by a fascinating quest. A typical South African selle ou storie.

Willie Currie is married to Barbara Klugman and they have a thirty-two-year-old son, Paul. Willie and Barbara live in Johannesburg. Willie is 66 years old. In 2016 he published a novel called Blue Eland Foxtrot, which is an adventure story with satirical intent set during the 1970s and 1980s. He works as an Executive Coach, following a Systems-Psychodynamic approach.

In the mid-1990s, he was a special adviser to Pallo Jordan, Minister of Posts Telecommunications and Broadcasting and coordinated the drafting of the White Paper on Telecommunications Policy. Prior to that, as General Secretary of the Film and Allied Workers Organisation (FAWO), Currie was involved in developing broadcasting policy during the transition to democracy in South Africa.

In the 1980s, he was a member of the Johannesburg Democratic Action Committee, an affiliate of the United Democratic Front (UDF). Currie also worked as a teacher at Livingstone Senior Secondary School and as a distance education writer at SACHED Trust.

Seizure is distributed by Blue Weaver