SA: Cyril Ramaphosa: Address by South Africa's President, during a dialogue to mark the 16 Days of Activism for No Violence against Women and Children campaign (25/11/2020)

SA: Cyril Ramaphosa: Address by South Africa's President, during a dialogue to mark the 16 Days of Activism for No Violence against Women and Children campaign (25/11/2020) 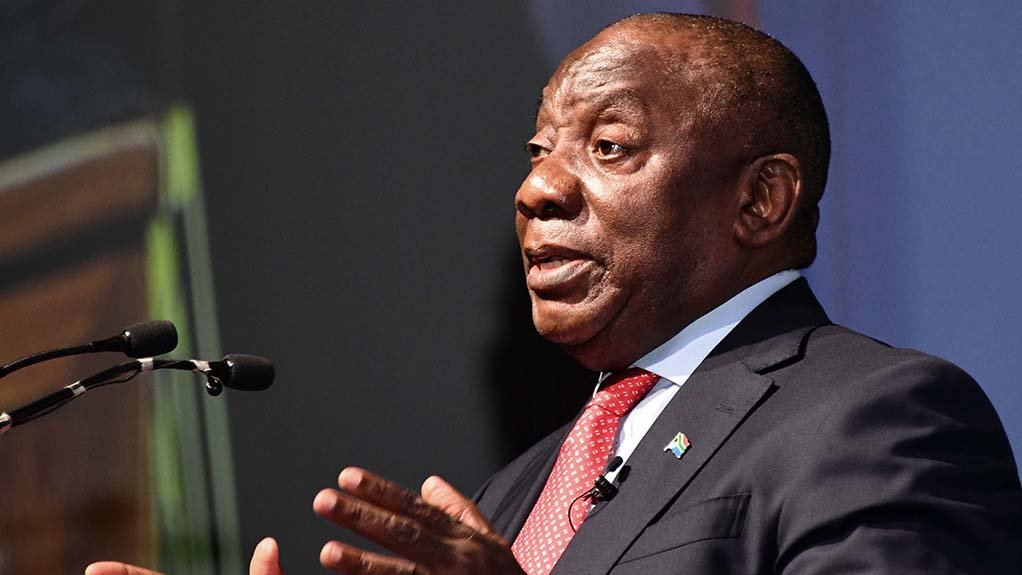 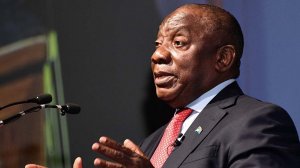 To the women of our nation,
To my fellow South Africans,

Since just after sunrise this morning, our national flag has been flying at half-mast across the country in memory of the lives we have lost to two devastating pandemics.

Over the next five days, the flag will be at half-mast as a sign of our great sorrow at the loss of our countrymen and women to COVID-19 and to gender-based violence.

As I address you this evening, somewhere in this country a woman or a child is being abused, beaten, assaulted or terrorised.

They face this violence on the streets, at school, on campuses, at work and places of worship and, worst of all, in their own homes.

In a country with the most progressive of constitutions, which promises equality and dignity for all, the women and children of South Africa live in fear of violence every day.

As we launch this year’s campaign we ask: for how long must this go on?

For how much longer must we say ‘enough is enough’, only for it to continue?

It simply cannot go on.

To launch this year’s 16 Days of Activism for No Violence against Women and Children we have held a national dialogue on the state of gender-based violence in our country.

We have heard heart-rending testimonies from survivors of gender-based violence, listened to faith-based groups and student organisations and heard representations from business, labour, the LGBTQIA+ community and men’s groups.

There is much on which we agree.

We agree that the rights of women and children are inalienable, and must be both upheld and enforced.

We agree that the drivers of gender-based violence are diverse and need a multi-faceted response that includes all sectors of society.

We all share the view that the economic inclusion of women is critical to their independence and self-reliance and necessary to decrease their vulnerability to violence.

The fight to end gender-based violence is both simple and highly complex.

It is simple because violence against women and children can be brought to an immediate end if every man makes a conscious decision never to harm a woman or a child – and lives by that decision.

But we know that the path to that point is not straightforward.

We know it is chauvinistic and sexist attitudes that lead men to believe they are superior to their mothers, their wives and partners and their daughters.

These attitudes are driving the abuse of women, whether they are young or old, black or white, Christian, Muslim, Hindu, atheist, rural or urban, gender-conforming or non-gender conforming.

These attitudes lead to the normalisation of sexual harassment in public spaces, in schools and in the workplace.

To create a society in which women enjoy safety, dignity and respect it is first and foremost our own attitudes that must change.

We must reclaim that most cherished of values to us as Africans, that we are our brother’s and sister’s keeper.

And yet, as I have said, ending gender-based violence is also highly complex.

We know that we are in a crisis. And that this crisis demands we step up measures to protect women and girls and advance their rights.

Our National Strategic Plan guides the effort to combat gender-based violence and femicide.

Since the start of this year we have been moving ahead with implementation in key areas: namely care and support for survivors; education and prevention; enhancing legal and policy frameworks; strengthening the criminal justice system; and women’s economic empowerment.

We have allocated more funding to improve the services being provided at shelters and places of safety, and are continuing to repurpose disused government buildings into shelters and safe-houses.

We have strengthened emergency response teams in provinces to respond to gender-based violence and are continuously working to address case backlogs in the criminal justice system and to review GBV cases that were not properly investigated.

We have made good on our promise to this country’s women that there will be legal reform to protect women from violence and ensure perpetrators are given the harshest penalties possible.

Amendments to the Sexual Offences and Related Matters Amendment Bill, the Criminal Law Amendment Act and the Domestic Violence Act will strengthen existing laws to protect women and children.

Among other things, these laws regulate the granting of bail to perpetrators and the sentencing of offenders, and place new obligations on the providers of social services, law-enforcement officials and the courts.

Government is in the process of drafting the Bill on Gender-Based Violence and Femicide Council, which is expected to be in Parliament early next year.

I consider the establishment of this Council, which is part of the Declaration on Gender-Based Violence in 2019, to be critical in the implementation of the National Strategic Plan.

This year, the 16 Days of Activism campaign focuses on economic justice.

We must urgently address the poverty, exclusion and economic marginalisation facing millions of women.

South Africa is part of the UN Generation Equality campaign and is specifically part of Action Coalitions on economic justice and gender-based violence.

We believe firmly that economic rights are human rights, and that advancing women’s economic empowerment is fundamentally tied to the Constitutional right to dignity.

Empowering women financially gives them greater control over their lives.

It is up to all of us, including the private sector, to make more opportunities available to women.

As part of this effort, earlier this year we announced that South Africa will be setting aside 40% of all public procurement for women-owned enterprises.

A National Procurement Task Team has been set up to drive this process.

It is already rolling out capacity-building programmes to prospective beneficiaries to ensure women business owners are equipped to participate in public procurement.

As part of the Economic Recovery and Reconstruction Plan, we are increasing our support to women-owned small, medium and micro enterprises to enable them to benefit from, among other things, the infrastructure development programme and opportunities in manufacturing, agriculture and tourism.

Supporting women-owned businesses is crucial if we are to take full advantage of the opportunities arising from the African Continental Free Trade Area when it comes into operation early next year.

We are going to ensure that women benefit from government’s land reform programme and have more access to land that they can use to produce food and goods.

We are going to improve women’s economic participation through the Presidential Employment Stimulus programmes announced as part of the Reconstruction and Recovery Plan.

Recruitment has already begun for a number of these programmes, which range from education support to early childhood development, to home based care, to the Expanded Public Works Programme.

We are engaging with the financial services sector to provide financial products that respond to the needs of women, whether it’s related to banking costs, finance support or access to credit lines.

As men, let us take responsibility at a very personal level for the protection of the women and children of our country.

It is men who can challenge harmful cultural and social practices that undermine women’s rights.

It is men who can and must refuse to be part of criminal gangs that assault and rape women.

It is men who can and must take responsibility for their own personal behaviour and understand that coercing a woman to have sex is rape, and that ‘no’ means ‘no’.

It is men who must raise their sons to understand that women and men are equal, and lead by example.

It is men who must repudiate the idea that a man must prove his manhood by abusing a woman.

It is men who after being convicted and sentenced for violence can seek rehabilitation and not offend again.

No, domestic violence is a not a private family matter.

No, we do not have the right to discipline our children with violence.

No, a woman is not inviting rape or sexual assault because of her personal life choices, where she chooses to socialise or how she dresses.

Whether we are individuals, families, communities, religious or traditional leaders, let us take responsibility for ending this problem.

Let us work with the police and come forward with information about such crimes.

Let us support, not discourage, survivors who want to lay charges.

Let us believe our children when they tell us they are being abused.

Let us take greater care of our own children and those children that are placed in our care.

I once again call on every single South African listening tonight to consider the consequence of their silence.

We can only move forward and defeat this evil if we speak up.

Gender-based violence has no place in in this country.

I want to pay tribute to the men and women of South Africa who support the fight against this scourge in their daily lives; and to the dedicated activists and workers in civil society.

You are our valued partners.

We will win this war if we work together.

In remembering the many lives we have lost to gender-based violence, let us work with urgency and determination for a time when no woman or child should ever again fall victim to violence.

Let us work for a time when we no longer need these 16 Days of Activism.

It is my privilege to address the virtual launch of this ground-breaking venture: a Tourism Equity Fund that will speed up transformation in one of the most crucial sectors of our economy. →