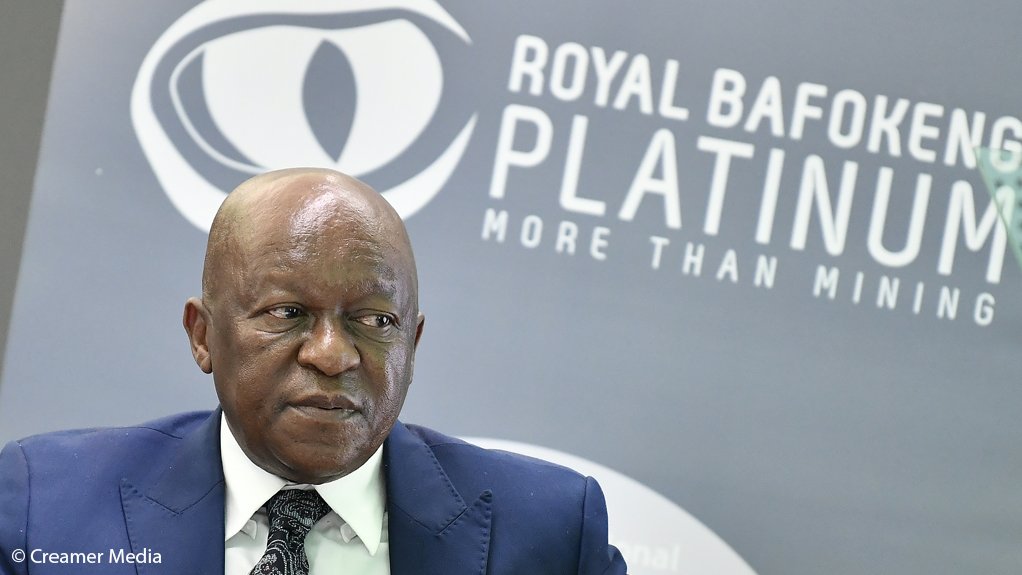 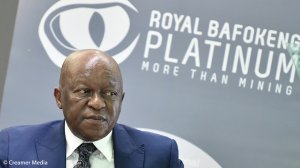 JOHANNESBURG (miningweekly.com) – Platinum group metals (PGMs) mining company Royal Bafokeng Platinum (RBPlat) has declared a R1.5-billion interim dividend in addition to the R482.3-million buy-back and redemption of a portion of its convertible bonds on the back of a record performance in the six months to June 30.

Revenue in the six months increased by 108.1% to R9 584.3-million, supported by strong PGM basket prices and business growth.

Earnings before interest, taxation, depreciation and amortisation (Ebitda) increased by 163.4% from R2 087.8-million to R5 499.1-million, with the Ebitda margin increasing to 57.4% from 45.3% in the previous comparative period.

“Over the last ten years, we’ve seen our business grow to operate two world-class mines and concentrators while also securing our full ownership of the business. This transformation and growth of our business is built on our focused strategy, and further underpins our strategic shift in focus from organic growth to further enhancement of our operational excellence and flexibility,” RBPlat CEO Steve Phiri stated in a release to Mining Weekly.

RBPlat mines PGMs in the Merensky and upper group two (UG2) reefs on the Boschkoppie, Styldrift and Frischgewaagd farms in the Rustenburg area, which have been identified as hosting the last undeveloped Merensky reef on the western limb of the Bushveld Complex.

Despite the continued impact of the global Covid-19 pandemic, a significant improvement in the PGMs market, coupled with operational performance, resulted in headline earnings increasing by 464.7% to R4 870.8-million.

Headline earnings a share increased to 1 831.9c, up from 335.3c in the corresponding period of last year.

Guided by its dividend policy and taking into account the strong balance sheet and first-half cash flow generation, the board declared an interim gross cash dividend of 535c a share, equating to the R1.5-billion.

Styldrift tonnes hoisted have steadily increased during the second quarter with an average of 184 000 t a month being hoisted, equating to a 17.9% improvement.

Continued progress was made on the Styldrift project during the reporting period with the completion of the final 230 000 tonne-a-month footprint infrastructure, with an additional two stoping sections being equipped during the reporting period bringing the total number of equipped sections to 18. The remaining life-of-mine scope of works related to establishing additional pumping redundancy, optimising logistics and remaining ancillary services are expected to be completed during the second half of 2021.

The Maseve operation’s 180 000 t a month MF2 upgrade was Covid impacted, resulting in construction delays and remedial civil works required on the secondary mill base. The upgrade is now forecast to be completed in the fourth quarter of 2021. Capital expenditure on this project for the period amounted to R75-million.

As a PGMs producer, RBPlat acknowledges that its activities have an impact on climate change through the release of greenhouse-gas emissions and addressing the causes and impacts of climate change is core to its business strategy.

It has set five-year group energy and water efficiency targets including carbon intensity targets in 2020. These targets are based on the 2018 baseline, with the aim of achieving a 10% reduction by 2024.

A detailed energy assessment has been conducted by independent service providers to establish energy-use profiles and identify energy savings opportunities. The feasibility study for the construction of a modular photovoltaic plant for renewable energy will be concluded in first half of 2022.

RBPlat is committed to continuing to focus second-half efforts on improving its key injury frequency rates in support of creating a zero harm operating environment.

Its key operational focus areas will be aimed at developing operating maturity to leverage the infrastructure capabilities of Styldrift.

“Our operational focus will be on improving the consistency with which crews meet production targets for stoping and development by maintaining focus on our key operational metrics,” the company stated in the release.

“Our committed employees, strong board leadership and robust balance sheet and capital allocation discipline, continue to provide a platform for enhanced value for all our stakeholders and sustainable capital returns to shareholders, despite the challenges of the global health pandemic and other operational challenges this year,” said Phiri.