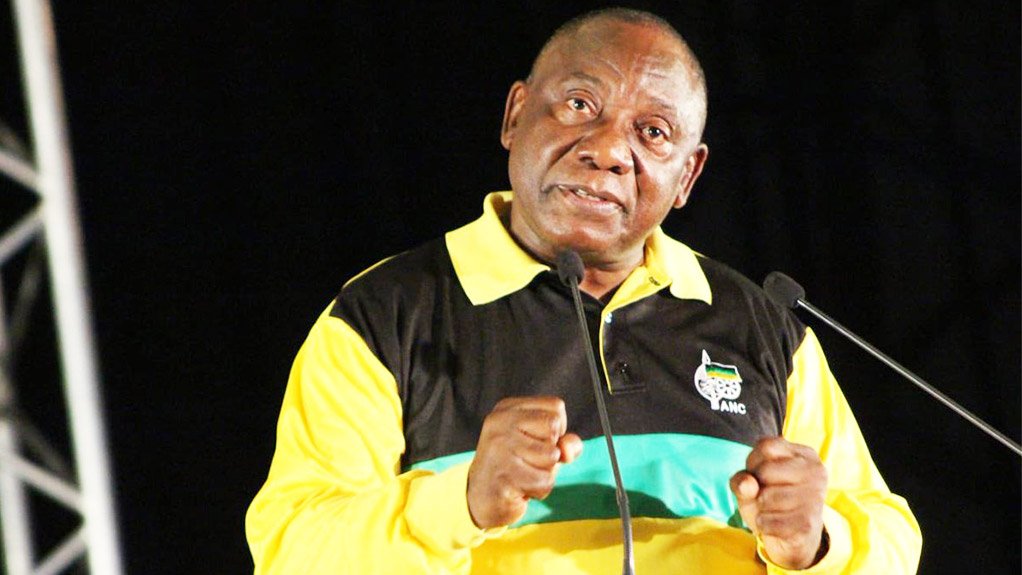 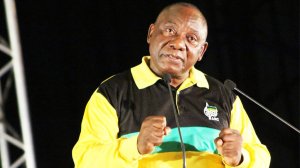 President Cyril Ramaphosa is considering enlisting a woman as his running mate in a bid for a second term as leader of the ruling African National Congress (ANC), according to people with knowledge of his plans.

Among the options he’s considering is Phumzile Mlambo-Ngcuka, who served as the nation’s first female deputy president from 2005 to 2008 and is a former executive director of UN Women, said the people who asked not to be identified as they’re not authorized to discuss the matter publicly.

Presidency spokesperson Tyrone Seale referred a request for comment to ANC spokesperson Pule Mabe, who didn’t answer a call to his mobile phone. Mlambo-Ngcuka has previously said South Africa “deserves and is ready for a woman president.” Bloomberg wasn’t immediately able to obtain her contact details to seek comment.

Ramaphosa won control of the ANC by a razor-thin margin in late 2017, clearing the way for him to become the nation’s leader two months later. He initially chose Naledi Pandor, now the nation’s foreign minister, as his No. 2, but she failed to garner support from party branches. He then teamed up with Lindiwe Sisulu, his tourism minister, but she lost an internal election for the post to David Mabuza, the incumbent deputy president.

The ANC’s internal election race remains fluid, with contenders for top posts likely to change before its December conference. Several senior officials have been implicated in corruption by a judicial panel that’s been probing graft during former President Jacob Zuma’s nine-year rule and could face prosecution -- which could rule them out of the running.

Mlambo-Ngcuka, 66, may be a hard sell because she has been politically inactive for several years and lacks a constituency of her own. Mabuza, 61, would be keen to serve another term, according to a member of his inner circle, who declined to be identified because they aren’t authorized to comment.

While Mabuza’s spokesperson Matshepo Seedat declined to comment, he has previously said he will stand for deputy president again if asked to do so. Justice Minister Ronald Lamola has also signalled his interest in running for the deputy position.

“It is the tradition of our movement that one responds to a formal nomination,” Lamola said in an emailed reply to questions. “Once such a nomination is made I will respond. I’ve always respected the call of structures when called upon.”

While Ramaphosa, 69, is considered the front-runner to retain the ANC presidency, he is likely to face a challenge from Sisulu, who triggered a furore this month when she criticized the judiciary and contradicted a statement from the presidency stating that she had apologized for her remarks.

Another challenge could come from Zweli Mkhize, who quit as health minister last year after being implicated in a corruption scandal and has been campaigning hard in his home province of KwaZulu-Natal.

KwaZulu-Natal has the biggest ANC voting bloc of the nine provinces and Ramaphosa may have to select his deputy from the province to buoy his own re-election prospects, or at least ensure that one of the party’s other five top officials come from the region. Such a move could also bolster the ANC’s chances of retaining power there in 2024.

The ANC garnered just 46% support in last year’s municipal elections, its lowest share of the vote since it came to power in the first post-apartheid elections in 1994, a backlash against its shoddy management of towns and scores of its officials being implicated in graft. It secured just 36% backing in the economic hub of Gauteng, which includes Johannesburg, and 42% in KwaZulu-Natal, and risks losing control of both provinces in elections scheduled for 2024, while its national majority is also under threat.

Transport Minister Fikile Mbalula was not asked to leave a Cabinet meeting because he was unprepared to read his meeting memorandums. This is according to Minister in the Presidency Mondli Gungubele, who denied a report by the Sunday Independent. The newspaper reported that President Cyril Ramaphosa had asked Mbalula to leave a Cabinet meeting for failing to prepare. "Government rejects the mischievous article by the Sunday Independent newspaper, which alleges that President Ramaphosa asked Transport Minister Fikile Mbalula to leave a meeting for being unprepared and failing to read Cabinet memos. These allegations are unfounded and deliberately mislead public members," said Cabinet spokesperson Phumla Williams. →