Ramaphosa confirms R230bn support for Eskom to be front-loaded

Ramaphosa confirms R230bn support for Eskom to be front-loaded 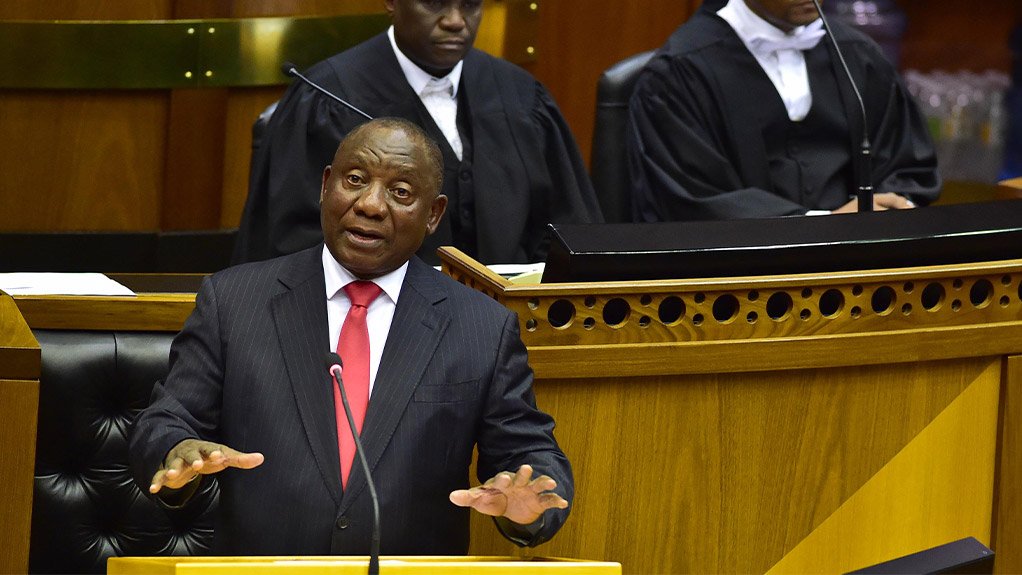 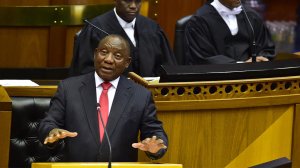 President Cyril Ramaphosa announced on Thursday that the R230-billion in fiscal support being directed to debt-laden power utility Eskom over the coming ten years, would be structured in a way that ensures a significant portion is provided in the early years.

A Special Appropriation Bill would be tabled in Parliament on an urgent basis to facilitate such front-end loading, the President said in his post-election State of the Nation Address (SoNA).

Finance Minister Tito Mboweni, who has retained the position in Ramaphosa’s post-election Cabinet, announced in his February Budget speech that R23-billion a year would be injected into Eskom for at least three years, but possibly ten years, to stabilise the cash-strapped utility.

The injection was made conditional on Eskom’s restructuring, including a plan to split the vertically integrated utility into three separate businesses of generation, transmission and distribution.

The process would be overseen by a chief restructuring officer (CRO), a position that Mboweni likened to that of a curator appointed when a bank received State support.

It subsequently became clear that the injection fell well short of what was required to place Eskom on a sustainable financial footing, in light of the utility’s debt burden of about R450-billion and rising, surging interest payments and mounting losses.

Delivering his second SoNA of 2019 in Parliament, Ramaphosa confirmed that the injection would be sustained and accelerated.

He also described the fiscal support as being necessary, because Eskom was "too vital to the economy to be allowed to fail", or default on its debt.

“For Eskom to default on its loans will cause a cross-default on its remaining debt and would have a huge impact on the already constrained fiscus,” the President warned.

He said that, while the utility’s financial position remained a matter of grave concern, the current committed funding from government, as outlined in the 2019 Budget, meant that Eskom had sufficient cash to meet its obligations until the end of October 2019.

Mboweni would provide further details on the additional fiscal support, and a CRO would be appointed soon to oversee the repositioning of Eskom financially with “careful attention to the mix between revenue, debt and cost structure of the company”.

Intellidex capital markets research head Peter Attard Montalto described the Eskom bailout as disappointing for not including specific conditionalities and for failing to integrate some of the alternative funding options being considered by the Eskom Sustainability Task Team.

"Put simply free money was offered with no additional pain politically or for vested interests to ensure sustainability," Attard Montalto wrote in a research note.

Intellidex anticipates that South Africa's government bonds issuance will have to rise by at least R26-billion this year in order to front-load the R230-billion bailout from February’s Budget.

"We expect almost all of the appropriations for Eskom to be found through increased issuance and a small usage of cash, but only a small amount of offsetting expenditure cuts. We do not however see Moody’s cutting on this," Attard Montalto added.

Business Unity South Africa (Busa) said Ramaphosa's pronouncements on Eskom were broadly aligned with business’ view on how to deal with the crises engulfing the power utility, particularly the announcement that a CRO would be appointed imminently.

"However, timeframes were not announced . . . and we urge the President to publicly announce a clear timeframe, with milestones, for the implementation of recommendations of his advisory panel," Busa added.

Ramaphosa, meanwhile, said Eskom was working with government and other stakeholders to address its overall debt as well as the debt owed by municipalities and individual users.

“As a country, we must assert the principle that those who use electricity must pay for it. Failure to pay endangers our entire electricity supply, our economy and our efforts to create jobs. The days of boycotting payment are over. This is now the time to build, it is the time for all of us to make our own contribution.”

Ramaphosa also used his address to acknowledge the risk posed by climate change, which “threatens our very existence”.

However, he argued that South Africa had an opportunity to be at the “forefront of green growth, of low-carbon industrialisation, of pioneering new technologies and of taking quantum leaps towards the economy of the future”.

“We must increase the contribution of renewable and clean energy to our national energy mix and explore the potential of the hydrogen economy.”

The President also confirmed that renewable energy was among the economic sectors that would be given priority attention under the country’s evolving industrial policy.

“Drawing on our successes in the automotive sector, we will implement master plans, developed with business and labour, in industries like clothing and textiles, gas, chemicals and plastics, renewables, and steel and metals fabrication sectors.”

Nevertheless, various commentators expressed disappointed at the fact that Ramaphosa did not emphasise the role of renewables in the country’s future energy mix, focusing his attention mainly on plans to shore up Eskom financially.

“However, achieving this is heavily dependent on creating policy certainty through the finalisation of the Integrated Resource Plan (IRP), and removing artificial limits to renewable energy. Neither the IRP nor timelines for its release were mentioned, which means that once again, the devil is in the details and we are all left wondering how anything the President has mentioned will actually be achieved,” Nzimande said in a statement.