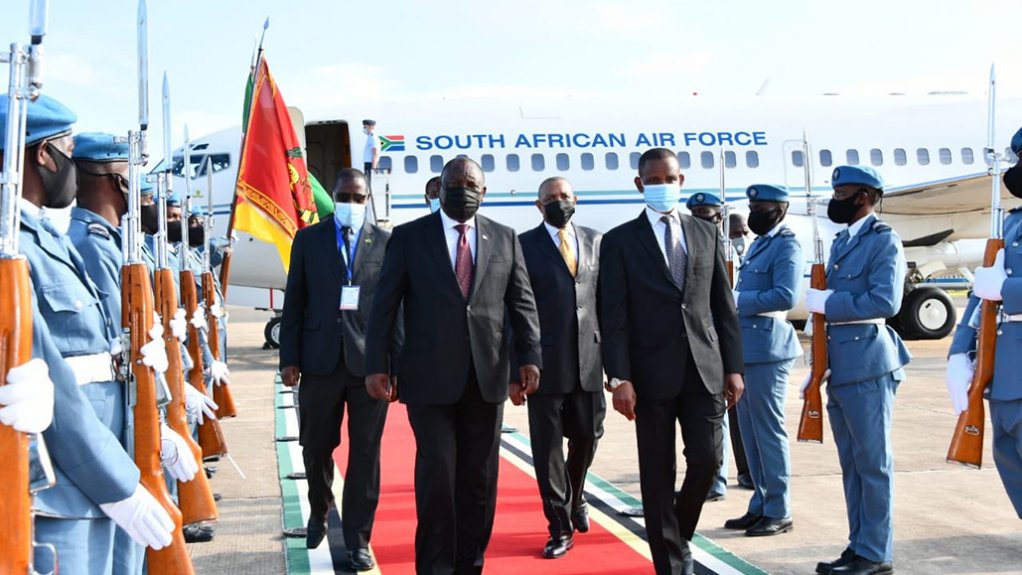 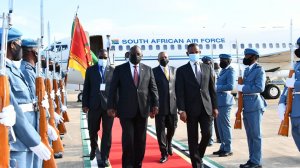 President Cyril Ramaphosa has arrived in Maputo ahead of a regional meeting on the attack by insurgents in Mozambique's northern Cabo Delgado province.

The Southern African Development Community's (SADC) extraordinary double troika summit was convened by Botswana President Mokgweetsi Masisi in his capacity as chair of the body's Organ on Politics, Defence and Security Cooperation.

Officials from the six countries attending had a meeting on Wednesday in preparation for the summit.

News24 understands the possibility of military intervention from the region was discussed, but a lack of money could make this difficult.

The countries are also looking at sharing intelligence and could assist Mozambique with maritime monitoring.

Botswana's International Affairs Minister Lems Kwape told the meeting on Wednesday "no member state can or should face terrorist threats on its own" and urged the SADC region "to stand firm and united in a show of solidarity to our sister country".

Ramaphosa is attending as the incoming chair of this body, while Zimbabwe's President Emmerson Mnangagwa is expected to attend because he is the previous chairperson.

Six heads of state are set to attend the meeting, which is expected to be chaired by Mozambican President Filipe Nyusi, the current SADC chairperson. Former SADC chair, Tanzania's President Samia Suluhu Hassan, and the incoming chair, Malawi's President Lazarus Chakwera, are also expected to attend.

The insurgency started three years ago and the Mozambican government has been slow to accept assistance.

A recent attack on the town of Palma, near Total's newly established multi-billion rand liquefied natural gas project, has drawn international attention to the crisis again.

Insurgents ransacked the town and killed locals in their homes, and also attacked foreign contractors for the first time since the start of the insurgency.

Former Passenger Rail Agency of SA CEO Lucky Montana came out swinging at the Judicial Commission of Inquiry into State Capture, chaired by Deputy Chief Justice Raymond Zondo, accusing it of being biased and of using the notion of "state capture" to do harm to South Africa's social fabric. Montana appeared before the commission on Friday morning to testify, and as the hearing kicked off, the former head of the rail agency stood up and flayed the commission in a strongly worded diatribe. →