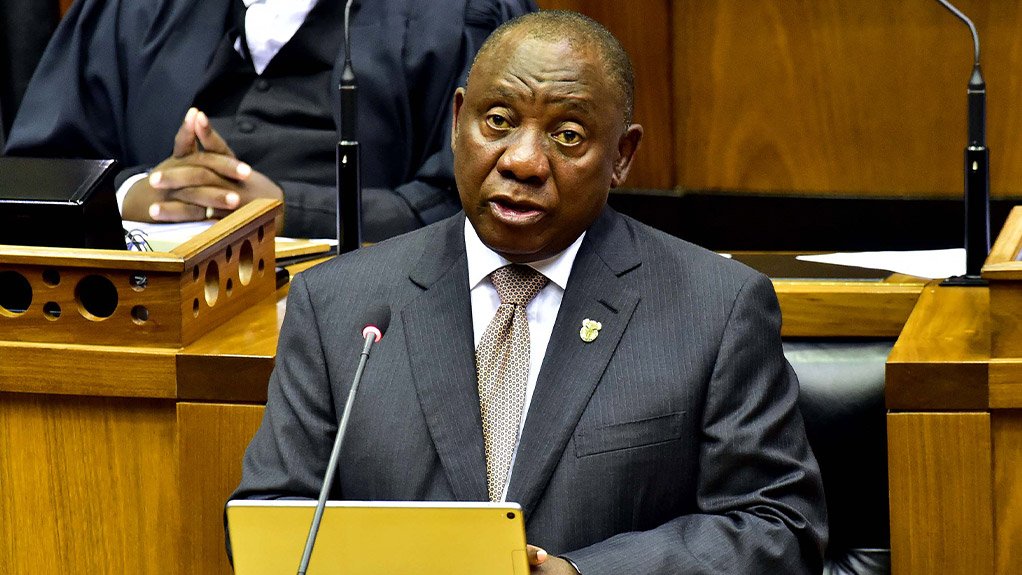 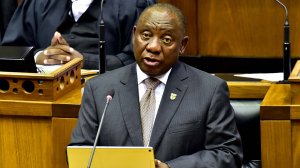 He also warned, however, that “debilitating” load-shedding would remain a “possibility for the immediate future”, while State-owned power utility Eskom undertook the “fundamental maintenance necessary to improve the reliability of supply”.

In what was his fourth State of the Nation Address (SoNA), which was delayed for more than an hour-and-a-half as a result of ongoing disruptions by the opposition Economic Freedom Fighters, Ramaphosa said measures would be taken, over the coming months, to “fundamentally change the trajectory of energy generation in our country”.

To rapidly increase non-Eskom generation capacity he announced the following actions, including:

The initiatives were broadly aligned with the call by Business Unity South Africa that the President use the SoNA to announce the regulations needed to enable “private sector energy generation at scale”.

However, some concern was raised following the speech with the fact that no explicit statement was made on the wheeling of power generated by large plants developed to support mines and factories.

The emergency procurement programme, meanwhile, was already being advanced under the aegis of the Department of Mineral Resources and Energy (DMRE), which issued a request for information (RFI) in December for 3 000 MW of emergency electricity solutions that could be “grid connected in the shortest time at the least possible cost”.

It is understood that the DMRE received hundreds of responses to the RFI by the closing date of January 31, but the department indicated last week that it was still evaluating the information and told Engineering News that it would comment only once all inputs had been processed.

For Eskom itself Ramaphosa announced that the process of “divisionalising” the utility’s three operating activities of generation, transmission and distribution would be implemented.

He said this process would be in line with the Eskom Roadmap announced by Public Enterprises Minister Pravin Gordhan in 2019. However, he adopted the divisionalisation nomenclature favoured by Eskom CEO Andre de Ruyter, rather than the “unbundling” term used in the Department of Public Enterprises document.

Each division, Ramaphosa said, would have its own board and management structures.

He also praised recent efforts by the social partners represented at the National Economic Development and Labour Council to craft a “social compact on electricity” and address Eskom’s financial crisis in a “financially sustainable manner”.

“Through this compact the social partners seek an efficient, productive and fit-for-purpose Eskom that generates electricity at affordable prices for communities and industries. This requires both a drastic reduction in costs – including a review of irregular contracts – and measures to mobilise resources that will reduce Eskom’s debt and inject fresh capital where needed.”

The social partners, he added, would also seek to mobilise funding to address Eskom’s financial crisis “in a manner that does not put workers’ pensions at risk and that does not compromise the integrity of the financial system”.

The Congress of South African Trade Unions made a proposal earlier this month to reduce Eskom’s debt from R450-billion to R200-billion through a special purpose vehicle involving workers’ pensions.

Initially, business and government welcomed the proposal, but greater circumspection has since emerged, as other unions objected to the proposal and questioned its legality.

Ahead of the SoNA, Public Investment Corporation (PIC) raised its concern about suggestions that the PIC, on behalf of its clients, would provide funding to bail-out Eskom.

The PIC manages in excess of R2-trillion on behalf of clients that include the Government Employees Pension Fund, Unemployment Insurance Fund, Compensation Commissioners’ Fund and several others.

The PIC said it was well aware of the risk that Eskom posed to the South African economy and to the funds invested on behalf of its clients and said it was ready and keen to engage with various stakeholders to find a suitable and sustainable solution for the systemic risk posed by Eskom.

"Such a solution must be in line with prudent management of client assets. The PIC is obligated to always act in the best interests of its clients, whilst giving due regard to the national interest."

A new international stock-take of the global transition to renewable energy highlights an “alarming gap between targets and actions” with the share of fossil fuels in energy consumption failing to decrease for the tenth consecutive year in 2020, despite a 4% Covid-linked fall in demand. Published by REN21, the ‘Renewables 2021 Global Status Report’ shows that modern renewable energy (excluding the traditional use of biomass) accounted for an estimated 11.2% of total final energy consumption (TFEC), up from 8.7% a decade earlier. →