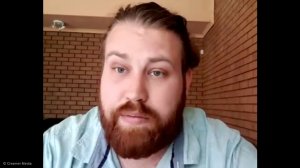 Land reform and the possibility of expropriation without compensation are among the most hotly debated topics in South Africa today, met with trepidation and fervour in equal measure. But these broader issues tend to obscure a more immediate reality: a severe housing crisis and a sharp increase in urban land occupations.

In Promised Land, Karl Kemp travels the country documenting the fallout of failing land reform, from the under-siege Philippi Horticultural Area deep in the heart of Cape Town’s ganglands to the burning mango groves of Tzaneen, from Johannesburg’s lawless Deep South to rural KwaZulu-Natal, where chiefs own vast tracts of land on behalf of their subjects. He visits farming communities beset by violent crime, and provides gripping, on-the-ground reporting of recent land invasions, with perspectives from all sides, including land activists, property owners and government officials.

Kemp also looks at burning issues surrounding the land debate in South Africa – corruption, farm murders, illegal foreign labour, mechanisation and eviction – and reveals the views of those affected. Touching on the history of land conflict and conquest in each area, as well as detailing the current situation on the ground, Promised Land  provides startling insights into the story of land conflict in South Africa.

Karl Kemp is a freelance writer with an LLM in public international law from the University of Amsterdam. As a journalist, he has covered drug trafficking, gang violence, separatist movements, globalisation, nationalism and cultural identity for various publications, including Rolling Stone and VICE. After completing his law degree, Kemp interned at the International Criminal Court, working in the investigations division as an analyst in the field of international criminal law and as a legal researcher for an NGO grappling with the Syrian civil war. This is his first book.