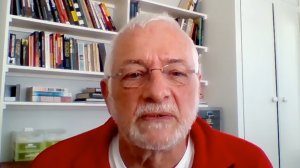 In 2013, historian JanAd Stemmet opened a box at the Archive for Contemporary Affairs at the University of the Free State and realised he'd found a collection of documents that would rewrite the story of Nelson Mandela’s release.

It contained a vast set of files, assembled by then justice and prisons minister Kobie Coetsee.

Stemmet and co-author Riaan de Villiers bring some of its most compelling secrets to light.

It reveals that the covert collaboration between Mandela and the last NP government went far further than is generally known, and included an attempt by Mandela to broker a deal between the apartheid regime and the ANC in exile prior to his release.

It also reveals that F.W. de Klerk made Mandela an offer that, if accepted, would have fundamentally changed the latter’s role in the South African transition.

Riaan de Villiers is a journalist, editor and book publisher with decades of experience. He was managing editor of Leadership magazine in its heyday. He lives in Cape Town.

Dr JanAd Stemmet is a historian at the South African National Defence Force Military Academy. When he came across Kobie Coetsee’s papers in the course of his research, he realised at once that it contained new information and would be of great interest to South Africans and to historians across the world. He lives in Saldanha.

Prisoner 913: The Release of Nelson Mandela is published by Tafelberg

We are not attempting to vaccinate survey responders – HSRC

The Human Sciences Research Council and its research partners, on Thursday, dismissed rumours that its National Covid-19 Antibody Survey was an attempt to vaccinate respondents and cause harm to them.  The survey, which is supported by the Department of Health, is currently being conducted in all nine provinces, by Epicentre, to estimate what proportion of South Africa’s population may have been infected with Covid-19. →