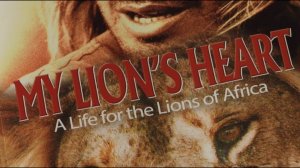 Have I become an endangered species? A good friend, who has known me all of my adult life, said recently that I was probably the last in a long line of wildlife warriors in Africa. I was surprised by her comment. Surely not. But later, I thought about her words and realised there might be some truth in what she had said, and this made me uneasy.

My loose definition of ‘wildlife warrior’ in Africa would be those people (seldom scientists, interestingly) who made the continent their home, who would give their life (and some did) for the animals, and by their determined actions and life long study in the field, and the books they have written (as well as films about their work) have created world wide public awareness about the creatures that became the epicentre of their life’s work.

Of the older generation of wildlife warriors, there was, of course, my friend George Adamson of Born Free fame, who was gunned down by ivory poachers at the age of eighty-three. There was his wife Joy, who had an equally tragic death. There was the magnificent and feisty, Dian Fossey, killed by an unknown assailant in the mist-shrouded world of her gorillas. Among the older generation of wildlife warriors still living, are Daphne Sheldrick, the marvellous elephant mother, who has published her acclaimed autobiography, An African Love Story, and Jane Goodall who tirelessly continues to speak out for our closest cousins, the great apes. Both ladies this year (2014) are in their eightieth year.

The generation of wildlife warriors following the veterans include the ‘elephant women’, Joyce Poole, Cynthia Moss, Soila Saiyiele and Andrea Turkalo, who are still very active in championing their cause. There is Iain Douglas Hamilton and his wife, Oria, who have also fought for the African elephant for decades. And there are others – Dr Richard Leakey, Mark and Delia Owens, and the world-renowned wildlife filmmakers, and fighters for Africa’s big cats, Dereck and Beverley Joubert.

At fifty years old, I am the youngest of this generation. But where is the next? I do not see it emerging, and I find this disturbing. Yes, there is the new generation of scientists, wildlife photographers, filmmakers and documentary presenters, and that is good, but where are the warriors – the fighters for the cause of Africa’s wildlife? This is part of the reason why I decided to write My Lion’s Heart, to tell the story of my life in Africa, and my passion for the wildlife and people of this great, yet often sad, continent. The book was written in the hope that it would inspire warriors for the future – just as the books and films on the lives of the veteran warriors inspired my generation and millions of people world wide.

Although I have written other books dealing with portions of my life, particularly about my fight for the African lion (which, in the past two decades has suffered a continental decline of some 90% in the population, with only an estimated 20,000 remaining today to grace the last, wild lands of Africa), I wanted to write an all encompassing African story to include my early childhood in West and East Africa, continuing to my life as a human member of a lions’ pride, seeing life and death through its eyes, to my fight for the African elephant; how I exposed Africa’s sordid trophy hunting industry (and almost became hunted myself) ; to today, where I now live at the tip of the continent, and where I rediscovered the most endangered (and most southerly) elephants in the world – the Knysna elephants.

Also, never disclosed before, I write about the massive physical and mental breakdown I experienced several years ago as a result of the compounded stresses of fighting for wildlife for decades. I was told that I had six months to live. My vital organs were failing, and my mind was deteriorating into dark patches of insanity. I ended up in an unconventional ‘institution’ where for months I endured mental, and at times, physical abuse. Ultimately, my lion’s heart triumphed, and I overcame both the illness and the abuse.

I tell of my journey of recovery – which included writing a well-received book about my long years studying the Knysna elephants, The Secret Elephants (Penguin Books), – before resuming my wildlife work, both in the field and in terms of advocacy, and how this part of my journey has led to the writing of My Lion’s Heart.

Well known for his work on the African lion, Gareth Patterson is an environmentalist, independent wildlife researcher and author who has worked tirelessly for more than twenty-five years for the greater protection of African wildlife.

He lives on the edge of the Knysna forest, where he rediscovered and studied, the most southerly elephants on earth – the elusive Knysna elephants.

My Lion’s Heart is Gareth’s tenth book, and is probably the most important book he has written. It tells his life story, a story of tears and smiles, about his attempts to greater protect the iconic animal symbol of this continent, the African lion.