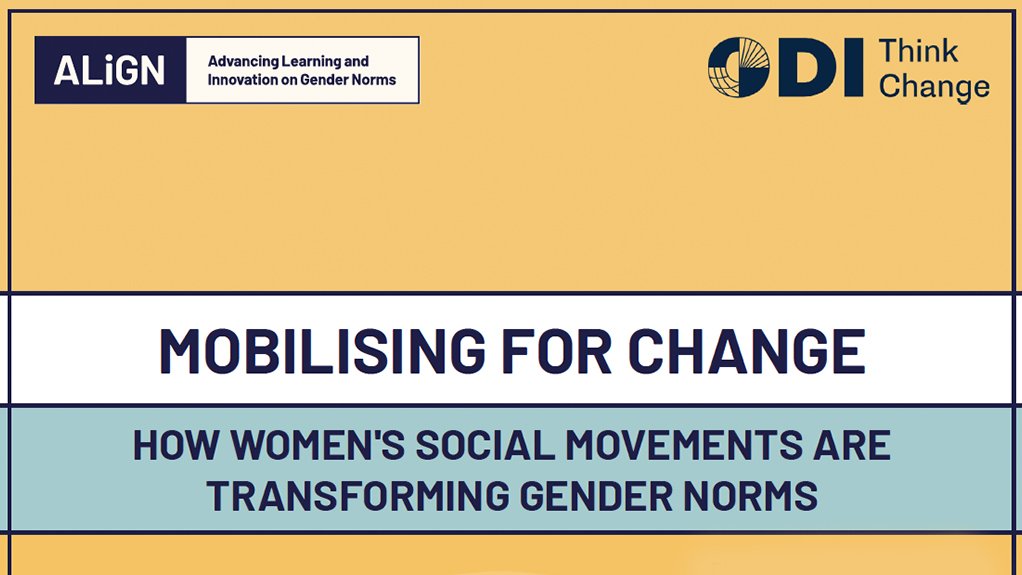 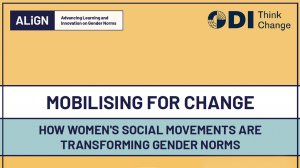 Social movements are key agents of social and political change, especially in transformations towards gender justice.

This ALIGN report reviews current literature from around the world on women’s leadership and their participation in feminist and social movements, exploring their contribution to gender norm change. Drawing on evidence largely from Latin America, Northern Africa and Middle East, as well as the rest of the African continent, South and Southeastern Asia, the report outlines the ways in which women-led social movements contribute to transforming patriarchal norms.

Women's and feminist movements do important work in their contexts to initiate societal transformations towards equality and justice. To bring about change, activists primarily occupy public space, lobby governments, create alliances, and appeal to international regimes to pursue legal or policy change. They use an array of tactics to raise awareness, including artistic performances, providing services and running educational workshops and even the #FeministStrike. These are most likely to be used to contest and renegotiate gender roles and relations.

Report by ALIGN and the Overseas Development Institute

The Yearbook series is a result of joint efforts by major African regional organizations to set up a joint data collection mechanism of socioeconomic data on African countries as well as the development of a common harmonized database. The Joint African Statistical Yearbook is meant to break with the practices of the past where each regional/subregional organization was publishing statistical data on African countries of the continent in an inefficient way, leading to duplication of efforts, inefficient use of scarce resources, increased burden on countries and sending different signals to users involved in tracking development efforts on the continent. →