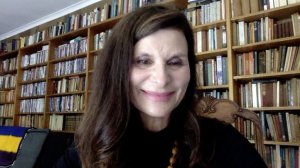 South African born screenwriter, Helena Kriel finds herself in a deep personal crisis, forced to ask: Where do I belong? Who do I belong with? What is family? What is tribe? Where is home?

The memoir opens in Los Angeles, where she's an A list screenwriter, married to the man she thought was "The One". When the writer's strike renders her useless and her marriage falls apart, she travels back to her childhood home in South Africa. Little does Helena now that she'll find her salvation in the heart of the South African bush as she volunteers to work with baby rhinos, orphaned by poaching.

The rhinos have also lost belonging and family, they are shattered by the violence of their circumstance. Using meditation, Helena finds she can access these sentient and emotional beings. They inspire her broken self to look for a connection to all of nature. Helena ultimately finds her sense of belonging and learns from the rhinos that “You grow where life puts you down.”

Award winning screenwriter, Helena Kriel is a world traveler, moving between Hollywood and South Africa. She also teaches and takes people on adventures through India. She is the founder of Baby Rhino Rescue, and counts herself happiest when she is in the middle of nowhere with just a rhino for company.

Meditating with Rhinos is published by NB Publishers