Mandela on trial – Its meaning for us today 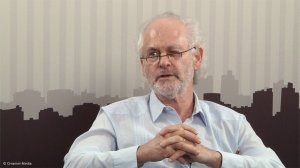 When Mandela was captured in 1962 the police did not know that he had been overseas for military training and that he was Commander in Chief of the recently formed Umkhonto we Sizwe, Spear of the nation, (MK). It was only later, when Rivonia was raided that they came across documents that pointed to Mandela’s wider role. When Mandela appeared in court in 1962, he was defiant.  As he entered he wore the attire of abaThembu, thus asserting that he was not only a lawyer, an African, a believer in a South Africa that belonged to all who live in it, but also a Thembu.

In this video, researcher and analyst Prof Raymond Suttner speaks to Polity about Nelson Mandela's trial proceedings in the 60's.