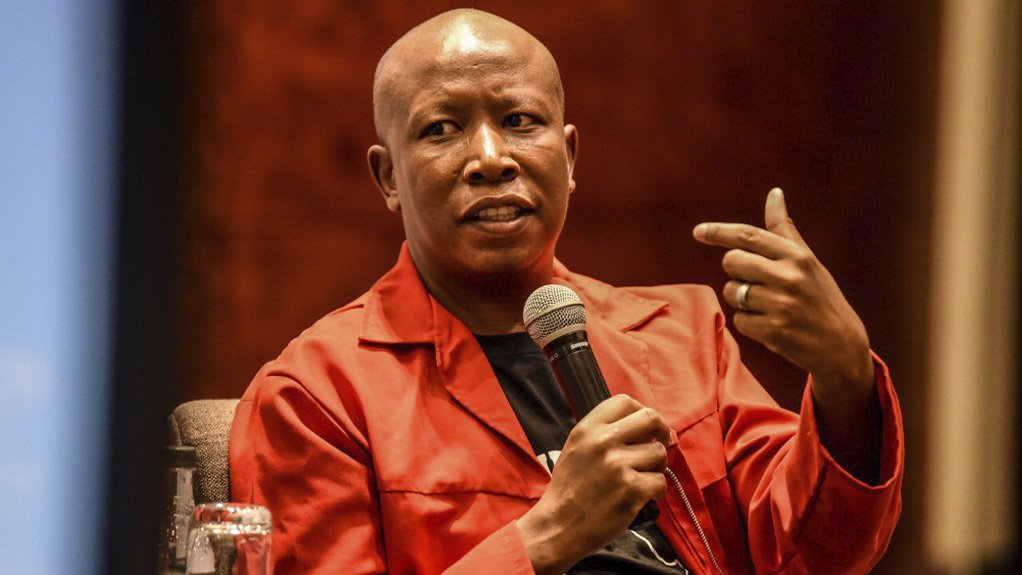 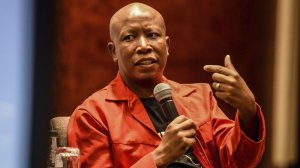 Economic Freedom Fighters (EFF) leader Julius Malema has dropped his R1-million defamation claim against a former party MP who claimed that he had confessed to getting money from the looted VBS bank – but continues to insist Thembinkosi Rawula's allegations are "false and defamatory".

Malema says Rawula has failed to produce any evidence to back up multiple serious claims that he made against him and EFF deputy leader Floyd Shivambu in a 2019 Facebook post and during subsequent media interviews. Malema has made multiple unsubstantiated claims that judges were on the payroll of President Cyril Ramaphosa's election campaign.

On Thursday, Malema and his party, represented by advocate Tembeka Ngcukaitobi, tried to persuade five Appeal Court judges to rule that the following statements by Rawula were "false and defamatory":

Firstly, that Malema and Shivambu "have made it clear that this is their organisation and you can come and join us and not the other way round". The EFF argues this statement falsely suggests a "lack of democracy and dictatorial tendencies" within the party.

Secondly, that they "would use training providers who would inflate costs 250% so that they can run away with 150% of the inflated costs. In the absence of financial reports from the pair, we would be forced to conclude as such."

And thirdly, that Malema and Shivambu had admitted in a meeting of the party's 40-member central command team, its highest decision-making body between conferences, that they had received money from the looted VBS bank.

While Ngcukaitobi insisted there was absolutely no evidence to substantiate these claims, the judges hearing Malema's appeal against Gqeberha High Court Acting Judge Nicolas Mullins' dismissal of his defamation case against Rawula did not seem convinced.

Mullins found that Malema's course of legal action against Rawula – in trying to interdict him from making any further corruption claims against the EFF leadership and demanding a massive R1-million damages payout from him – was "inappropriate and undesirable".

"The reason I say this is the following: the person making the defamatory statement may have a very good reason for doing so, but may not have the hard evidence to hand, which evidence may be in the possession of the person who claims to have been defamed and/or third parties…" the judge explained.

Mullins maintained that Malema's defamation claim against Rawula should be decided after a trial, where witness evidence is led. A trial, he said, would enable a defendant like Rawula to use the process of legal discovery to access information relevant to his claims, subpoena witnesses and documents and "cross-examine the plaintiff [Malema]."

"An application deprives a respondent of all these extremely valuable and necessary litigation tools," he added. Essentially, Mullins appeared concerned that Rawula's claims had not been conclusively proven to be false – and that concern seemed to be shared by the Appeal Court judges.

Acting Judge Owen Rogers repeatedly pointed out that investigative journalism unit Scorpio (and specifically journalist Pauli van Wyk) had probed the alleged flow of looted VBS funds to the EFF and its leadership and suggested that these "fairly detailed" reports may have formed the basis of Rawula's claims.

Rogers asked Ngcukaitobi: "Has Mr Malema ever sued Scorpio… alleging the untruth of what Scorpio has said?"

Ngcukaitobi responded that Rawula could not use media reports as a defence against the defamation action that he now faced as he still had a duty to "independently verify" his claims before he made them.

The advocate said this had been made clear in former finance minister Trevor Manuel's defamation case against the EFF, in which Manuel successfully sued the party for falsely claiming he was related to SARS Commissioner Edward Kieswetter and had corruptly orchestrated his appointment.

The Appeal Court slammed the EFF for making these serious claims against Manuel, which the party claimed emanated from a secret whistleblower's WhatsApp message, without seeking to verify them.

"You may be right in law," Rogers responded. "But one just feels a bit uncomfortable that Mr Malema has apparently never taken action against Daily Maverick for the [Scorpio] report, but he takes action against the individual, when he makes allegations based on the report."

"He is entitled to go after his political rival," Ngcukaitobi replied, pointing out that Rawula had tried and failed to contest for political leadership of the EFF.

"So what he [Malema] has done is that he has made a political calculation that I would rather go after my political rival than against a newspaper."

Ngcukaitobi further stressed that Rawula's claims could be distinguished from the VBS reporting done by Scorpio because he had claimed that Malema – who has publicly denied any involvement in the scandal – had admitted to getting VBS money to the EFF's decision-making body.

"The whole saga about VBS was a massive theft of public funds that should have gone to pensioners by a group of people that had political connections, particularly belonging to the ANC and the EFF. Being linked to that massive skulduggery is defamatory.

"Telling the public that Mr Malema admitted, at a very important, private CCT meeting, elevates the statement to a higher level of general public acceptability," he said.

Rogers, however, did not seem persuaded.

"In the present case, the defendant [Rawula] may say, 'Well, here's a detailed report by Scorpio on the EFF's involvement in VBS. I myself can't, in these motion proceedings, prove the evidence admissibly but it's quite conceivable at trial, through subpoenas and discovery and other mechanisms, that I will'."

In other words, Rogers said, Mullins may have been correct to avoid finding that Rawula's comments were defamatory outside of a trial where he could access the evidence he needed to prove them.

In the now-deleted 5 April 2019 Facebook post that formed the basis of Malema's defamation case against him, Rawula – who is abiding by whatever the Appeal Court rules in this case – described how he had joined the EFF when it had started in North West in 2013 "and along with many courageous men and women, we built EFF from the ground up".

"I served the EFF as the CCT member and the member of the war council and in all these years, amongst many things I have suffered is your abuse of power, abuse of organisational resources and funds and intimidation of your fellow leaders," Rawula stated in the post, which reproduced his EFF resignation letter to Malema.

He went on to accuse Malema of using the EFF to enrich himself and intimidating anyone who dared to question him.

"You have never taken your collective into confidence about your expenditure of the EFF funds, this is despite the Constitution demand for accountability from you as the Commander In Chief.

"You use the EFF money in whatever way you deemed fit without consulting any of us, you threw parties whenever you feel after our meeting, trying to appease your guilt of EFF money consumption by sharing the crumbs of it with EFF CCT members just to make them feel important around you, when you are just doing [it] to appease your guilt."

On Thursday, Ngcukaitobi denied any suggestion that the EFF and its leadership were not transparent and accountable about the way in which party funds were spent. He said the party was legally obliged to provide its financial reports to Parliament, where they were publicly available.

Judge Nambitha Dambuza responded by pointing out that Rawula appeared to be referring to the lack of internal financial reports within the EFF itself. Judge Ashton Schippers further contended that Rawula may have a potential "truth and public interest" defence against the Malema defamation claim against him – given that his accusations were focused on an alleged "lack of accountability" from the party's leadership.

Judgment in the case has been reserved.