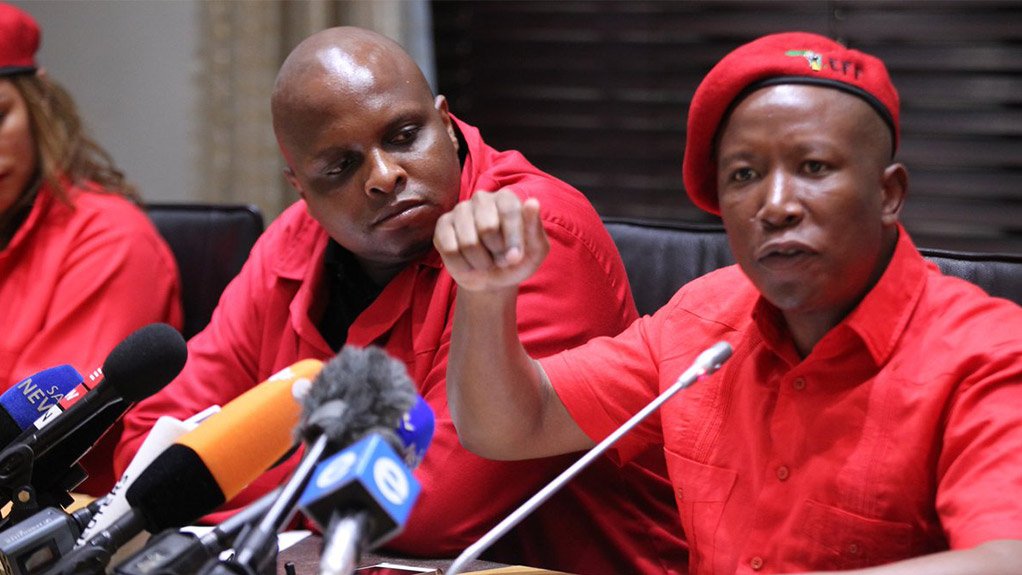 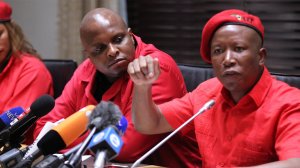 Economic Freedom Fighters (EFF) leader Julius Malema on Monday wrote a strongly-worded letter to President Cyril Ramaphosa asking him to relieve Finance Minister Nhlanhla Nene of his duties due to his association with the Gupta family, saying that the country's economy would not be stimulated under a "compromised minister of finance".

On Monday, it emerged that Nene reportedly asked Ramaphosa to relieve him of his duties after he confirmed before the commission of inquiry into State capture last week that he had visited the Gupta family on numerous occasions between 2009 and 2014. Nene apologized on Friday for not disclosing earlier his meetings with the Guptas.

Various sections of society, including political parties, have called on Nene to come clean about his dealings with the Gupta family or step down after he was also implicated in a failed oil deal in Mozambique in which his son's company had an interest during Nene's chairmanship of the Public Investment Corporation.

In the letter, Malema said the EFF had warned Ramaphosa during a parliamentary debate that Nene was not as squeaky clean as certain sections of the media were portraying him to be, but Ramaphosa did not act immediately.

"The reality is that your minister of finance, Nhlanhla Nene, was friends of the Gupta criminal syndicate, visited them often, discussed sensitive State businesses with them, and therefore one of the enablers of state capture and corruption," Malema said.

"During one of the Parliamentary debates, we brought to your attention that the minister of  finance you had just appointed, Nhlanhla Nene, is not as squeaky clean as certain sections of the media were portraying him to be. We specifically said that your finance minister is dangerous, not the type of a guy we all think he is and brought to the fore that we have written him a letter to ask specific questions."

Malema also said that as was revealed through the State Capture Inquiry and other reports, Nhlanhla Nene was not worthy of any position of trust because he was a "scheming liar who hunts with the hounds and runs with the hare".

"Mr. President, we have it in good authority that the current public revelations about your minister of finance are not complete. There are various other sensitive developments around him that render him incapable of being a member of the Executive," Malema said.

"It is on these basis that we as the EFF write to earnestly request that you should accept Nhlanhla Nene’s request to be released as Minister of Finance. As President, you should use the opportunity of his replacement to root out other compromised members of your Executive."

By: Terence Creamer    Updated 21 minutes ago

Environment, Fisheries and Forestry Minister Barbara Creecy has indicated that government is likely to integrate green-economy components into the country’s Covid-19 economic recovery strategy, details of which are yet to be released by President Cyril Ramaphosa. Speaking during a webinar on Thursday, Creecy said that there was a growing understanding within government that promoting a more sustainable economic trajectory, which supported greater climate resiliency, could open up new industries. →