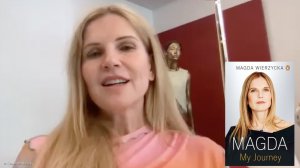 How did a teenage refugee from communist Poland become one of the richest women in South Africa?

In what ways did she disrupt the financial services industry?

What drove her to become an activist exposing corporate and government corruption?

What are her secrets for succeeding in business and life?

The founder of multibillion-rand financial services empire Sygnia Limited, Magda Wierzycka is South Africa’s most successful businesswoman. In this engaging and insightful book, she tells the story of her life, from her childhood in communist Poland, her family’s escape and relocation to South Africa, her early struggles in the male-dominated financial services industry, and the formation and growth of her own company, Sygnia.

With a business model built on transparency and low fees, it was a natural step for Magda to become an outspoken critic of corporate and government corruption, exposing wrongdoing and making her many powerful enemies in the process.

In this book, Magda shares the life lessons and business principles that have driven her and brought her success. This is a fascinating story that will inspire you to speak out, lean in, break out, and ultimately empower yourself not only to survive in life and business, but to thrive.

Magda Wierzycka was born in Poland in 1969. In 1981, her family defected to Austria, where she lived for eight months in a refugee camp. The family moved to South Africa in 1982. She attended Pretoria School for Girls before moving to Cape Town, having won a bursary to study actuarial science at UCT. After working for a number of financial services companies, she became CEO of the African Harvest Group, before she founded her own company, Sygnia Limited, and co-founded a UK-based venture capital firm, Braavos Investment Advisers. She has been an outspoken critic of corruption in business and in government. In 2020, Forbes magazine listed her among ‘Africa’s 50 Most Powerful Women’. She divides her time between Cape Town and London with her husband and two sons.