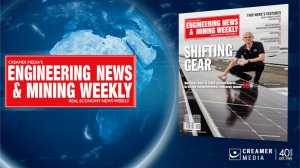 A video round up of this week’s magazine, highlighting our cover story, features and Business Leader.