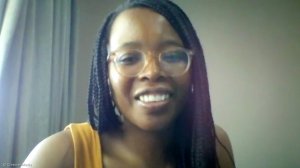 “Being South African is not for the faint-hearted or the fragile. It is a strong and determined state of mind – it is believing in the improbable. It is being challenged and frustrated to your wits’ end but still finding a reason to smile. It is believing that no matter how dark the day, the sun will shine again – it has to South Africa has ballasted, steeled, chiselled, moulded and prepared me for a life of rigour. I am made by South Africa and I would not choose any differently.” – Lwando Xaso

Made in South Africa: A black woman’s stories of rage, resistance and progress is a vibrant collection of essays in which Lwando Xaso examines, with incisive clarity, some of the events that have shaped her experience of her homeland South Africa – a country with huge potential but weighed down by persistent racism and inequality, cultural appropriation, sexism and corruption; all legacies of a complicated history.

The essays were written over an eight-year period between 2013 and 2020. Some of them have been published previously in publications such as the Daily Maverick, The Journalist and the Sunday Independent.

Others are straight from Lwando’s personal journal and have never been published before.

Each essay is introduced with Lwando’s reflection which provides the reader with intimate insight and context for each article.

The essays are divided into three overarching themes. Rage, Resistance and Progress.

Reading these essays may make you feel uncomfortable, they may also provide catharsis and deeper understanding of how we have each experienced consequential moments in South Africa’s recent history. They may also provide hope and confidence that despite the challenges we have faced we can move forward, even if it is one small step.

Lwando Xaso obtained her law degree from the University of Johannesburg in 2005, after which she started her articles and practised at Norton Rose Fulbright until 2009. She then pursued a master’s degree in constitutional and administrative law at the University of Cape Town where she also worked as a researcher.

In 2011 she had the privilege of clerking for Justice Edwin Cameron at the Constitutional Court. In that year she also contributed to the book One Law, One Nation which describes the history of the South African Constitution. She frequently writes on topics of constitutional law, history and culture for the Daily Maverick and other publications.

At present she works with the Constitution Hill Trust focusing primarily on projects such as the museum of the Constitution which is currently under development. She is also a trustee of the Constitutional Court Trust and is the founder and owner of Including Society, a forum established to explore issues around cultural justice, belonging and inclusion.