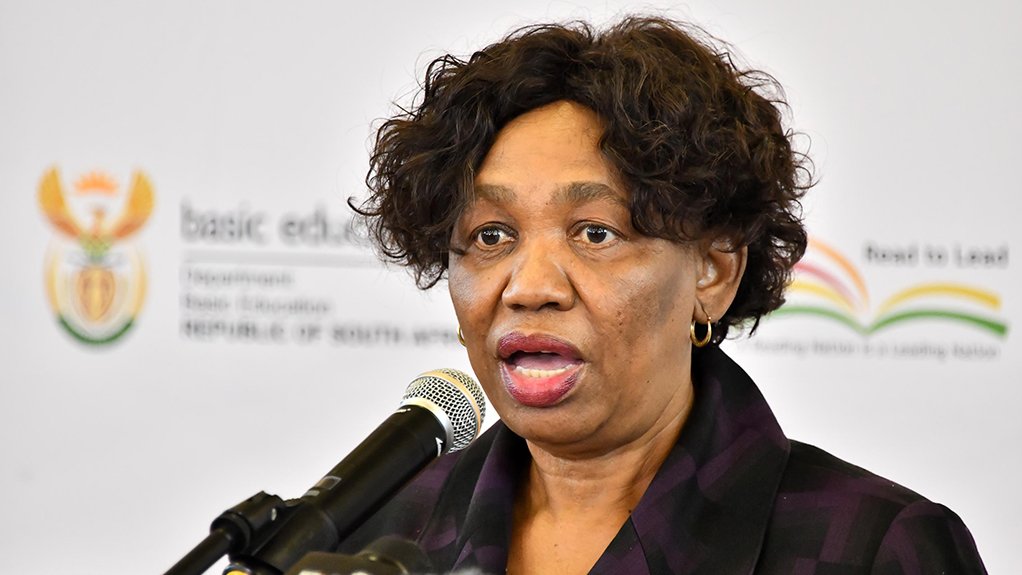 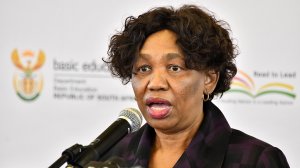 The basic education department anticipates that it will take about three years to catch up on parts of the curriculum that won't be covered this year due to the widespread impact of Covid-19, according to Basic Education Minister Angie Motshekga.

Motshekga said on Tuesday that while the department trimmed the curriculum for internal grades, the work would still be covered in the grades to which pupils progressed.

"We are going to only teach, assess almost 70% of what [internal grades] were supposed to have taken. And in 2021, when the Grade 3s, for instance, start, we will start with Grade 2 work which we had removed from the curriculum."

The minister was speaking in Lethlabile in the North West, on Tuesday where she visited two high schools to monitor the return of Grade 12 pupils after they were on a week-long break from 27 July until 3 August.

She said the truncated curriculum would only see 70% of the syllabus completed by December, adding that the catch-up programme might run for about three years.

Motshekga said she didn't expect the return of pupils in Grades 7 and 12 to be disrupted in any way, but saw the potential for challenges as more children started to return. She said it was for this reason that schools were putting systems in place to ensure that safety protocols were adhered to.

One of the plans schools intended to implement was a rotation system in which grades attend school on specified days, the minister said.

She added that some schools had agreed to a daily rotation of grades, while others were expected to use a weekly rotation system. A number of schools with more resources would erect tents to accommodate more grades.

Motshekga said she was not so worried about safety in schools because she believed teachers and pupils were accustomed to the necessary safety standards and procedures.

"The biggest fear, which I really did request, to say, if there is a child who has not come back, they should try and trace and encourage that child to come back [in order] to really stem dropout rates and all other things that could be harmful to learners," she said.

On Monday, News24 spoke to three Gauteng principals and among the issues one of them raised was that while they were willing to go the extra mile and use the platooning system, which would require teaching over weekends, they were worried about unintentionally breaking labour regulations.

Motshekga said there were schools which were able to negotiate with teachers to work outside of ordinary hours, but the department was reluctant to encourage that Saturdays and Sundays be used for teaching.

"It would be quite difficult because teachers also have families. Some of them have got their own kids and we don't want them to work Monday to Monday and start neglecting their own lives and children.

"But if, within their own programme, they are able to make time to come and support learners, that we welcome. But I will be very reluctant to say we should ask teachers to work Saturday, Sunday and Monday. I think it could really be a bit unfair, especially on their lives and families," the minister said.