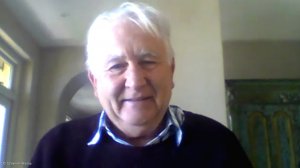 This is the story of Papwa Sewgolum who rose from humble beginnings to challenge the might of the golfing titans on an equal footing.

Papwa Sewgolum, against all odds, won the Dutch Open playing in only his second ‘white’ tournament, and a total of three times in four attempts.

Then after being allowed to play in the Natal Open, he demolished a top field, BUT was presented with his trophy in the rain while the others players watched from the clubhouse igniting a worldwide backlash leading to South Africa being banned from the Olympics, whilst Papwa became the symbol of the anti-apartheid sport movement.

Again allowed to play in the Natal Open he beat the world number 1, Gary Player, head-to-head, only for the apartheid government, after a failed assassination attempt, to ban him from all tournaments in South Africa, and then withhold his passport to prevent him playing abroad.

“I have spent the better part of today reading your book. Prior to this, I have not read any books about Papwa and I must concede that I was the poorer for it – his story is one that filled my eyes with tears – and I'm not being cliched or dramatic.

Barry Cohen is a well-known figure within sporting circles especially golf. Since his return to Cape Town in the mid-1990s, Cohen has done much to contribute to this sport, including the launch of the SA Golf Hall of Fame and Museum for which he received the 2013 'Contribution to SA Golf' award. 'Let Me Play' follows his previous books 'Blazing the Trail' and 'Let the Storm Burst'.

Democratic Alliance (DA) leader John Steenhuisen on Thursday expressed sadness at the passing of Minister in the Presidency Jackson Mthembu, saying the news came as a great shock. Mthembu died from Covid-19-related complications, after testing positive on January 11. →