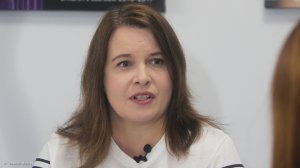 Lucy Lurie is deeply sunk in PTSD following a gang rape at her father's farmhouse in the Western Cape. She becomes obsessed with the author John Coetzee, who has made a name for himself by writing Disgrace, a celebrated novel that revolves around the attack on her.

Lucy lives the life of a celibate hermit, making periodic forays into the outside world in her attempts to find and confront Coetzee. The Lucy of Coetzee's fictional imaginings is a passive, peaceful creature, almost entirely lacking in agency.

She is the lacuna in Coetzee's novel - the missing piece of the puzzle.

Lucy Lurie is no one's lacuna. Her attempts to claw back her life, her voice and her agency may be messy and misguided, but she won't be silenced. Her rape is not a metaphor. This is her story.

Snyckers is the author of the Trinity series of novels for young adults, and the Sisterz series of mobile phone novels, which was commissioned by the Shuttleworth Foundation. Her most recent novel, Now Following You, is a thriller published by Modjaji Books. She has been longlisted for the Sunday Times Literary Award four times, and has published numerous short stories in magazines and collections.

Lacuna is published by Pan Macmillan