Is there a crisis and what can we do about it? 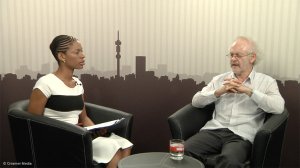 At the African Union’s (AU) February summit, four new members were appointed for a three-year term on the Panel of the Wise. Given the many obstacles they face in this role, bold steps will be needed to fulfil the great responsibility placed on them. Former Burundian president Domitien Ndayizeye is the panel chairperson. Other members are former Egyptian foreign minister Amre Moussa, Lady Justice Effie Owuor, Kenya’s first female high court judge and Professor Babacar Kanté, Senegal’s Constitutional Council Vice President. The fifth nomination to the panel, from Africa’s southern region, is pending. →