Is constitutionalism at odds with majority rule? 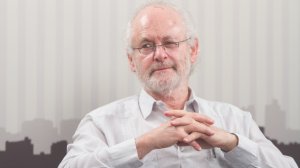 Researcher and analyst Professor Raymond Suttner speaks to Polity's Shannon de Ryhove about whether constitutionalism is at odds with majority rule.

It appears, for the moment, that South African president Cyril Ramaphosa has won a key battle in the war for control of the governing African National Congress (ANC), of which he is also the head. This became apparent after a highly charged recent meeting of the ANC’s national executive committee (NEC) – its highest decision-making body in between its five-yearly national conferences. The NEC brought a crucial tilt in the factional balance of power towards Ramaphosa. This matters because the post-elective conference fate of presidents of the ANC – who, because it is the majority party in the country, automatically become presidents of the country – is determined by the NEC. →