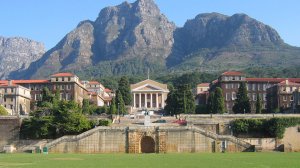 A recent University of Cape Town (UCT) study has revealed that technical and vocational education and training (TVET) students are faring worse than university students in terms of Internet access for remote learning.

The study was conducted by researchers Dr Nicola Branson, Emma Whitelaw and Samantha Culligan in the Southern Africa Labour and Development Research Unit at UCT.

The study suggests that household access to electricity, a stable Internet connection and a suitable device is likely to dictate the quality of students’ remote learning.

The structural inequality that pervades in South Africa gives rise to a mixture of worrying socioeconomic factors, it further found.

“Although institutions and residences have implemented a phased return of the most vulnerable students, those who have not yet been able to return face continued constraints to their learning. The impact of protracted online learning on those returning is unlikely to be negligible either. Therefore, existing household inequalities are likely to have disadvantaged, and continue to disadvantage, students in this time,” the researchers said.

While virtual classes on personal tablets may have become the global norm, many South African students lack access to the Internet and may rely on shared devices off which to learn.

The study assessed the number of households within each municipality that have access to electricity, a stable Internet connection and a suitable device.

The researchers said that although institutions and residences have implemented a phased return of the most vulnerable students, those who have not yet been able to return face continued constraints to their learning.

According to the study, the majority of university students come from municipalities in which 10% to 20% of households have access to the Internet.

Meanwhile, the majority of TVET students reside in municipalities in which fewer than 10% of the households have access to an Internet connection, resulting in TVET students facing more barriers to remote learning through lack of connectivity in their homes.

"The average characteristics of households in these more densely populated municipalities contribute more significantly to the aggregate picture of student connectivity," said the researchers.

The researchers commented that in an attempt to remedy the connectivity situation, some institutions are offering data bundles to students, and TVET colleges are broadcasting learning materials on radio platforms.

However, where students face network connectivity issues, students will be no better off for having data, the study warns.

Half of university students reside in municipalities where between 30% and 47% of households have access to a device.

"Although solutions to remedy the situation have been implemented to varying degrees across the sector, these have been implemented in an uncoordinated manner, and students have remained under-served. It seems, additionally, that judging solely on the average municipality-level characteristics of students’ homes, TVET students fare worse than university students,” they concluded.

Gordhan moves to replace Eskom board

Public Enterprises Minister Pravin Gordhan on Tuesday informed the directors of Eskom that changes will be made to the board in the next few days, News24 Business has learnt. Eskom, which can have a maximum of 13 non-executive directors, has only six. Seven have resigned with the first resignation in 2018 and have not been replaced. The remaining directors, whose term began in 2018, have appealed to Gordhan for several years to fill the vacancies on the board. It is critically short of the skills it needs, particularly in engineering and the electricity supply industry. →