I Know This to Be True – Albie Sachs

I Know This to Be True – Albie Sachs 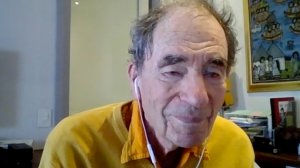 Albie Sachs unpacks the book 'I Know This to Be True'. (Editing: Nicholas Boyd)

The first in an ongoing series of interviews with inspiring individuals from around the world has been released in June 2020 (in South Africa), first as books, and to be followed later by feature documentary. Entitled I Know This to Be True, the project is a collaboration between the Nelson Mandela Foundation and its long-time creative partners, Blackwell & Ruth.

Inspired by Nelson Mandela, I Know This to Be True was conceived to record and share what really matters for the most inspiring leaders of our time. I Know This to Be True is a Nelson Mandela Foundation project anchored by original interviews with twelve different and extraordinary leaders each year, for five years – six men and six women – who are helping and inspiring others through their ideas, values and work.

Each individual is asked fundamental questions about their values, daily disciplines and thoughts on the world. Alongside these, a unique title, Nelson Mandela: Guiding Principles by Sello Hatang and Head of Leadership & Knowledge Development, Verne Harris, explores the lessons that Mandela’s incomparable leadership offers.

Across the series, messages of courage, compassion, humility, hope and generosity aim to motivate a new generation of leaders ready to create meaningful change.

Former Justice of the Constitutional Court of South Africa Albie Sachs is one of South Africa’s most inspiring social justice advocates. Here, in fascinating detail, he discusses the challenges he has encountered in his life as an anti-apartheid activist, his career in the court, and his role in the emergent new South Africa. From spending more than three months in solitary confinement to surviving an assassination attempt, throughout it all he has remained determinedly optimistic and drawn boundless strength from a deep-seated and unwavering belief in justice. Sachs’s experiences are an enduring symbol of hope and persistence, and provide a potent message that the power of love and generosity can conquer all.

The Series is Published by Pan Macmillan South Africa