I joined the DA to unseat the ANC – Herman Mashaba

I joined the DA to unseat the ANC – Herman Mashaba 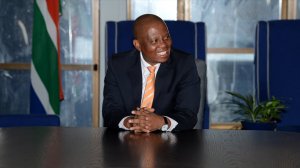 Herman Mashaba unpacks why he took up the mayoral position with the DA (Editing: Darlene Creamer)

Entrepreneur and former Johannesburg Mayor Herman Mashaba has said that his number one goal in standing for the mayorship position was to unseat the ruling African National Congress (ANC).

Mashaba spoke on Tuesday at the Think Big PSG virtual event where he admitted that DA caucus member Mike Moriarty had convinced him to take up the candidature for the position after failing to convince Lindiwe Mazibuko.

Mashaba left the Democratic Alliance (DA) and his mayorship in October 2019 following Helen Zille’s return to the party as federal council chairperson.

“Going to work was like going to war. I had no clue what people do in council. I told myself that if the crooks can run it, I am sure I can run it,” he revealed.

On dismantling political patronage Mashaba said he received the most support from the Economic Freedom Fighters (EFF), while many from the ANC had tried to unseat him.

He said he did not take up the position to make friends and added that it was fortunate that he won the hearts and minds of the people of Johannesburg.

He spoke of his commitment to take the city back from criminals and syndicates.

Further, he said he was grateful for the recent book written by his chief of staff Michael Beaumont as he was able to record all the events that took place in the city.

Mashaba revealed that he had asked his DA counterparts to stop being arrogant and that he explained to them that they had to demonstrate to black South Africans that they were there to save them and demonstrate the pro poor party strategy.

He said it was sad that white DA supporters wanted him to run the City of Johannesburg like the City of Cape Town.

He said he wanted nothing to do with the party when he heard of the plans of the party to unseat Mmusi Maimane.

“Without any doubt it was sad to see that some DA members gave Geoff Makhubo votes to be in charge,” said Mashaba.

On taking the country forward Mashaba said the sooner the ANC was unseated, the better.

“We need to get to South Africans and tell them that staying away from the polls will not do anything. I don’t care what party they vote for, as long as they unseat the ANC,” he said.

Speaking about his own political party, which will be launched in August, Mashaba said he was targeting Tshwane, Johannesburg and Ekurhuleni in 2024.

“I am used to snakes in the house, if you find it you kill and then burn it. We must be dedicated to serving the society. The only way you can get people to be their best is by encouraging them,” he said.

When asked if he would ever work with the DA to unseat the ANC, Mashaba said he was happy with any other party except the ANC and said he will be not be associated with criminal elements.

On the ailing economy owing to the coronavirus (Covid-19), Mashaba said that this was one of the most frightening aspects he’s come across in his lifetime.