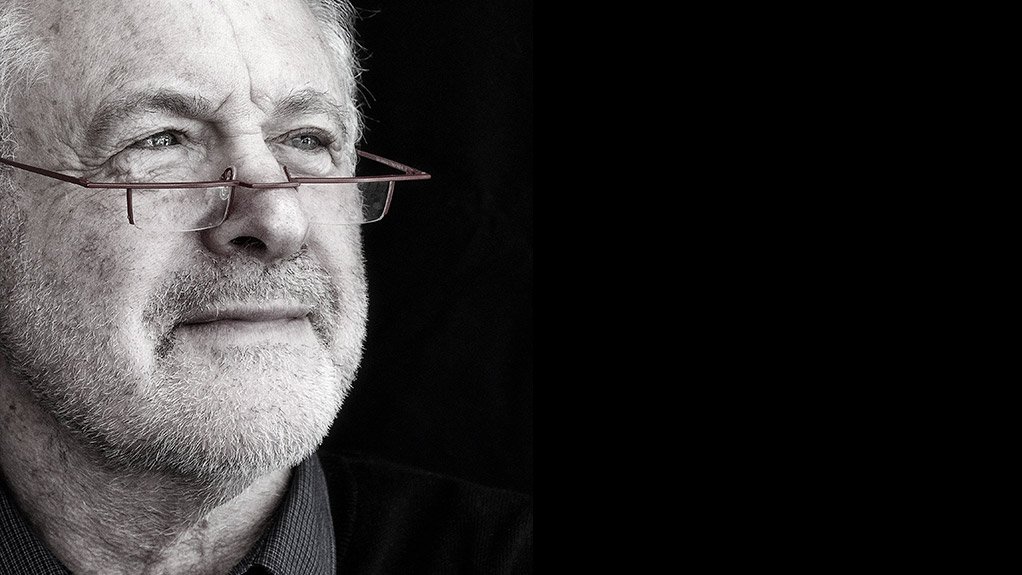 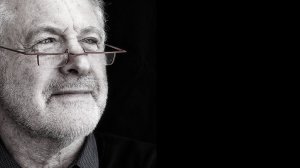 The centenary of Nelson Mandela’s birth is an opportunity to reflect on the character of his life.  One of the features of being a leader, especially one who is a freedom fighter, is that one acts in the present, but needs to bear some sense of what the future holds.  This is in order to be ready to advance the cause of freedom under conditions that may differ significantly from that experienced at the time.  This means analysing forces at work in order to assess what may change or could lead to change.  This requires both firmness on principle and flexibility, in executing principles.  This type of leadership is not easy and is often lonely.

Much celebration of the life of Nelson Mandela and a great deal of commentary works with a notion of obviousness, that what Mandela represented had an obvious meaning, simply waiting to be discovered.  This sense of obviousness is often covered by a series of adjectives, that tell us little apart from his being a great person or simply by referring to Mandela (and many other leaders of the struggle) as an “icon”.  This is laziness, insofar as understanding a leader like Mandela means that we have to grapple with often controversial problems and complexities in his life.

Alternatively, there is a reference to Mandela’s legacy in the singular as opposed to the range of legacies we need to interrogate. Mandela’s life has meanings politically, in relation to gender, questions of legality, violence and non-violence, leadership, ethics and many other questions.

There is reference to The meaning of Mandela, “meaning” in the singular, in a book published by HSRC in 2006. (downloadable at https://www.hsrcpress.ac.za/books/the-meaning-of-mandela).  This is even more of a problem than treating his legacies in the singular, because it implies that what we understand Mandela or his life to mean is incontrovertible and beyond debate.   If we examine the contours of his life sufficiently carefully we find complexities and a multi-faceted human being.

Indeed, the formidable authors assembled in The meaning of Mandela, Henry Louis Gates, Wole Soyinka and Cornel West, being the scholars, they are, do not pretend to speak of a singular meaning, but of a life with multiple implications.

Nelson Mandela’s life conditions changed, and he altered as a human being at various phases of his life.   Mandela himself speaks of undergoing a series of journeys, indicated by the titles of his books:  No easy walk to freedom (derived from Jawaharlal Nehru), Long walk to freedom and recently Dare not linger (published posthumously by Mandla Langa, Macmillan, London 2017).

There is another problem with the same book, The meaning of Mandela.  The dedication reads as follows:

“To Nelson Rolihlahla Mandela- for the gift of freedom”

This statement comprises a series of barriers to understanding the “meaning” or meanings of Mandela.  In the first place, Mandela did not see freedom as achieved by any one action or on any one day. Hence the title of the new book “dare not linger” refers to reaching a particular destination but despite it representing a milestone in the achievement of freedom, it remains elusive and requires further walks and journeys. Hence, he writes, in Long Walk to Freedom, quoted in the new book:

“I have walked that long road to freedom.  I have tried not to falter; I have made missteps along the way. But I have discovered the secret that after climbing a great hill, one only finds that there are many more hills to climb…. I can rest only for a moment, for with freedom come responsibilities, and I dare not linger, for my long walk is not yet ended.”

In each of these works Mandela engages with the struggle for freedom as an ongoing journey.

But, there is another problem in this dedication.  As gigantic a figure as Mandela was, he would never claim, and it would have been wrong for him to have said that he “gave” us our freedom. The freedom that was achieved in Mandela’s later life, was a product of many, many struggles of very many people.  It was through the efforts of those who died and suffered and sacrificed in many ways, including Mandela himself, that his release (and that of other political prisoners) from prison was secured, and democratic elections were ultimately achieved.  Mandela played a central role in many, but not all of the struggles during his lifetime and in every struggle in which he was a key figure he also depended on the power and support and actions of the many men and women who backed or were involved in advancing the cause of freedom.  But, as Mandela recognised, there was much more to be done in order to broaden and deepen the quality of the freedom that had been achieved in 1994.

Having stressed the complexity of Mandela’s life and the diverse meanings that this signified, let us consider some features that illustrate the multiple meanings and changing character of his personal and political qualities:

Mandela was a changing human being over the course of his life. Mandela as a human being, like many of us, did not comprise a one-dimensional persona.  He possessed more than one identity, some being displaced over time, some coexisting with one another and remnants of earlier identities re-emerging over time.  In his 1962 court case, challenging the jurisdiction of a white magistrate to try him, he wore Thembu attire.   Even though he became an African nationalist and a believer in non-racialism, he retained his Thembu identity, throughout his life and recent evidence suggests he may also have been a Communist.  He also placed a lot of weight on his identity as a lawyer.

Mandela changed a lot, became a different person in various periods of his life, sometimes through his own choice and sometimes as a result of conditions he encountered, for example, the demands of imprisonment or being a soldier and later a leader of the country.

As a young man Mandela recalls that he was not born with a “hunger to be free”.  Growing up in a relatively sheltered existence in the home of the regent of the Thembu people, Chief Jongintaba Dalindyebo, Mandela believed he enjoyed all the freedom that he desired.  When he arrived in the Witwatersrand, at the age of 23, he directly confronted the racism and humiliation that apartheid entailed and any illusions of being free were dispelled.

Although Mandela came under the influence of his great mentor, Walter Sisulu and is credited as being one of the founders of the ANC Youth League, Mandela was then fairly politically undeveloped, compared with other leaders like Anton Lembede, Sisulu, Oliver Tambo and AP Mda. But he was guided by Sisulu and people like the Communist Michael Harmel, who gave him a reading list.  Characteristically, Mandela applied himself with dedication and although he was initially a somewhat extreme Africanist, known for breaking up meetings of the Indian Congress and Communists, he mellowed and in the 1950s became one of the leading figures advancing the multi-racial and non-racial Freedom Charter.

Difficult decisions.  The journeys of Mandela’s life are not only marked by various forms of struggle that he engages in but a range of difficult decisions he had to make along the way and how he changed in the course of deciding on and executing the required actions, while experiencing conditions of relative freedom and varying degrees of constraint.

Mandela went to prison as the first commander of mKhonto we Sizwe (MK).  In prison he analysed the situation inside the country and concluded that there was a stalemate, between the apartheid regime and the forces of liberation.  The apartheid regime could not simply suppress the resistance it faced. At the same time the forces of liberation did not encounter a military force that could be defeated on the battlefield. This was a situation where a negotiated solution could be achieved.  Mandela set about trying to create conditions for talks between the ANC and the apartheid regime.

It is easy to assume this was his decision alone, especially in these times, (where many are “debunking mythology” around Mandela in South Africa).  But was it really entirely on his own?  Yes,  he candidly admits, it was without a mandate, running against principles of collective decision-making of the ANC. But Mandela believed that had he not acted when the opportunity arose, it would have been lost.  It raises important questions about individual responsibility of a leader, whether or not collectivism ought to be absolutised.

Mandela’s interventions, interestingly, happened at the same time as the exiled leadership was sending out its own feelers to the regime, leading to the opening of negotiations that ultimately paved the way for democratic elections.

The question of compromise.  In the eyes of some Mandela is credited with messianic qualities, but for others he compromised the struggle and was a “sell out”.  The character of the settlement cannot be discussed in this brief space, but what needs to be asked, is whether being a freedom fighter signifies that one never compromises? Or if one can compromise when will it be justified?  The notion of “no compromise” can only exist in discussions far away from real political conditions, where lives are being lost.

Compromises are justified and indeed necessary when they can lead to a result that advances the cause of freedom and/or when these reduce bloodshed and can lead to peace, one of the preconditions for freedom.  Mandela, acting with others, saw the opportunity for ending warfare and securing democratic elections. In my view, history will vindicate his choices and actions, the risks he took to act on his own and as part of the ANC and tripartite alliance leadership collective.

Up to 60 protesters and rioters were killed by security forces in eSwatini in June. And many government and private buildings and vehicles were destroyed, causing damage estimated at R3-billion. Things have since gone quiet, but for how long? King Mswati III has shown no signs of having learnt any lessons from those events. Instead he has doubled down, appointing a hardline prime minister in Cleopas Dlamini and arresting two pro-democracy members of Parliament, Bacede Mabuza and Mthandeni Dube, under the country’s Suppression of Terrorism Act. They were allegedly stoking unrest by calling for the prime minister to be elected by Parliament – not appointed by the king. →