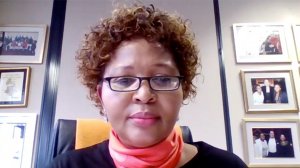 Xoliswa Nduneni-Ngema loved the theatre from a young age and dreamed of being an actress. But she soon discovered that acting wasn’t for her – managing productions was. After watching a Gibson Kente play, she meets rising star Mbongeni-Ngema and their relationship begins.

With each of Mbongeni’s productions, his fame and success grew and together they started a production company, Committed Artists, that birthed the Broadway hit Sarafina!

There were lavish parties with South African legends like Hugh Masekela and Miriam Makeba, first class flying to New York and shopping in Paris, but beneath the glamour, Xoliswa was starting to see a different side to her husband. What soon follows is constant fighting, cheating, abuse, polygamy and eventually – a traumatic divorce.

This is not only Xoliswa’s story; it also sheds light on an important part of South African theatre history. Together with Fred Khumalo, Xoliswa Nduneni-Ngema tells her powerful story of triumph and perseverance.

Xoliswa Nduneni-Ngema is the CEO of the Joburg City Theatres (Joburg Theatre, Soweto Theatre and Roodepoort Theatre). She is also the former CEO of the South African State Theatre and former MD of Bassline. Xoliswa has a social science degree from the University of KwaZulu-Natal and lives in Joburg.

Fred Khumalo is the author of eleven books, his latest work being The Longest March. He holds an MA Creative Writing from Wits University and is a PhD (Creative Writing) candidate at the University of Pretoria.

Heart of a Strong Woman is published by NB Publishers