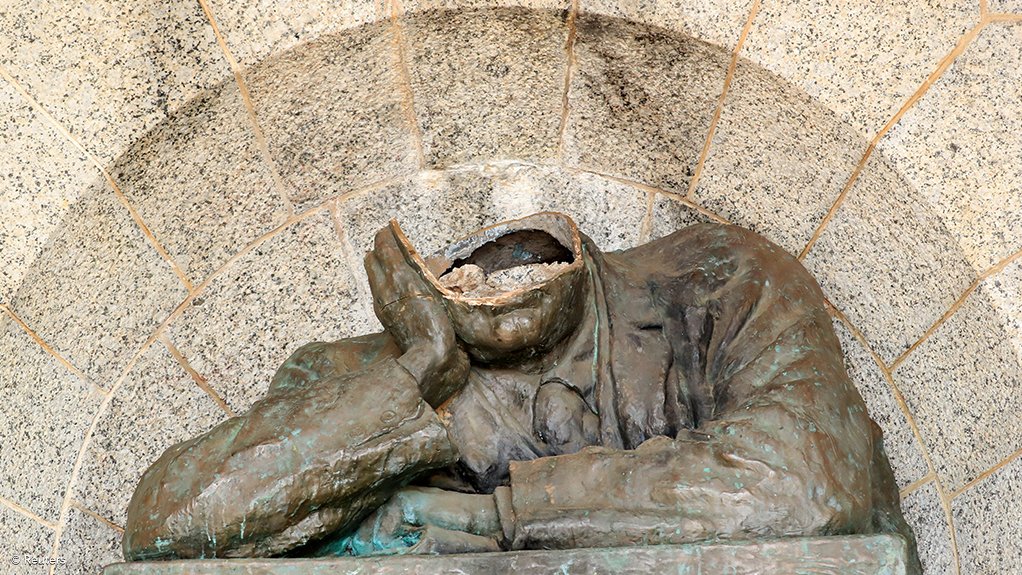 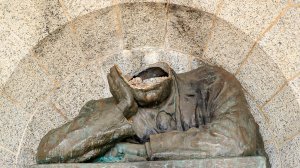 The head of Cecil Rhodes has been chopped away from a bust of the 19th century colonialist at a monument on the slopes of Table Mountain in Cape Town, park rangers said on Tuesday.

The bust housed at the top of a flight of steps at the Rhodes Memorial shows Rhodes with his arms folded. His right hand now cups what would have been his cheek - only with most of his face and head missing.

The incident likely occurred on Sunday night or Monday morning, she added. She said no one had claimed responsibility.

Thousands of protesters have marched across the United States and Europe calling for the removal of monuments seen as glorifying the imperialist nature of countries such as Britain.

Rhodes, who made his fortune in South African diamond mining, has become a lightning rod for anti-colonial anger since students forced the University of Cape Town in 2015 to remove his statue from its campus.

Completed in 1912, Rhodes Memorial consists of massive granite steps, flanked by bronze lions, and a rider astride a bronze horse at the beginning of the steps which leads to the top where the bust is situated, with an inscription beneath.

"It has been vandalised before, multiple times ... At this stage we are still unclear about the reasoning behind the vandalism," Clayton said.

Last month students at Britain's Oxford University called for a Rhodes statue to be removed, triggered in part by protesters in the port city of Bristol tearing down a statue of 17th century slave trader Edward Colston and throwing it into the harbour.