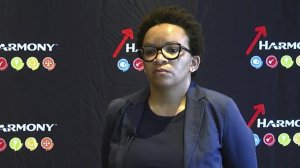 In presenting Harmony’s superb set of dividend-yielding half-year results of profit soaring 336% to R5.8-billion in the six months to December 31, Lekubo said the company was locking in higher prices as part of its derivative programme while also continuing to enjoy favourable commodity pricing on the unhedged portion of its exposure.

Harmony hedged, she said, because it suffered considerably more than its peers in a low price environment.

However, given the Johannesburg- and New York-listed company’s recent shedding of its marginal status, going forward it would be more selective before entering into hedges and only hedging when a margin of 25% above costs and inflation could be locked in.

Lekubo emphasised in the presentation covered by Mining Weekly that a policy of hedging up to 20% of its gold exposure over a 24-month period would remain as would also be the case for silver’s 50% exposure and foreign exchange’s 25% exposure.

In response to analyst questioning, Lekubo said the company’s hedging policy centred on its intent around cash certainty.

“When we started with the programme in 2016, it was really about securing margins in order to repay our debt. We did that. We undertook a significant growth path, which we do not think we would have been able to do were it not for those gains that we realised with the hedges.

“If you look at where Harmony is now, we want to be a little bit more selective in terms of limiting opportunity cost losses, bearing in mind that we only hedge 20% of the production, with 80% of production benefiting from the full spot price.

“Given where the current forward is at R850 000/kg, we want to lock in a 25% margin. That would mean that the gold price currently should be at the R900 000/kg-plus levels in order for us to lock in those good margins.

“We published our hedging table as of the 31st of December and you will note that the average price on that book is about 892 000/kg, which is higher than spot, and that’s exactly what you want to achieve.

“In a low gold price environment, we suffer considerably more than our peers, simply because of the nature of Harmony’s business. So, we are quite happy that the new way in which we’re looking at hedges will address the challenges of the past,” said Lekubo.

She said retaining hedging was to ensure that there was cash when it was needed the most.

“In the event that the prices come down, then we’ve locked in at least an attractive margin on 20% of the production,” she added.

A specific factor introduced in the company’s new form of hedging was the hedging of inflation on its costs.

“What you would have seen in the way the programme ran in the past is that our cost base crept up to the hedges that are now maturing. To lock in a margin above costs that are inflated will benefit the company in the future,” Lekubo explained.