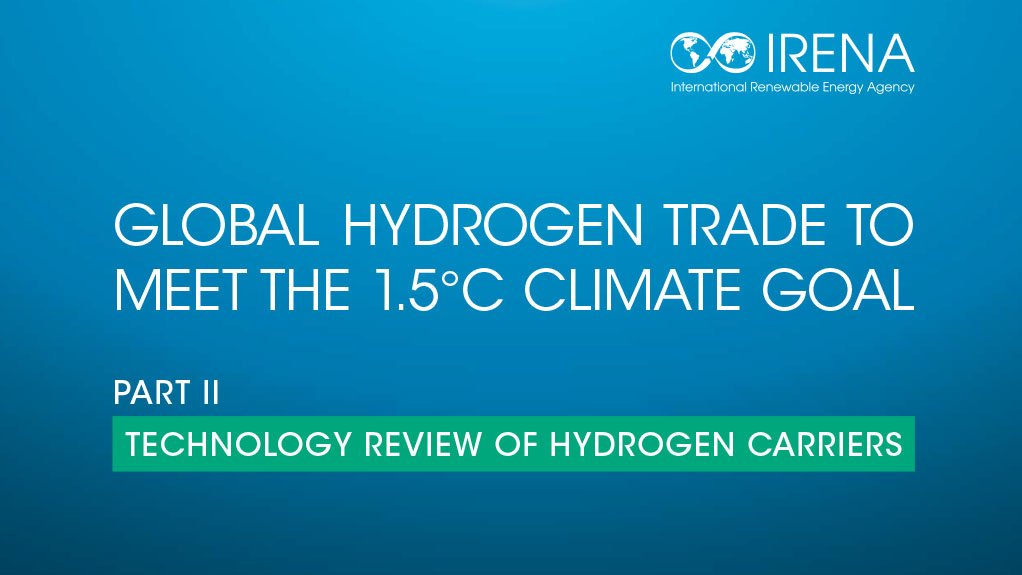 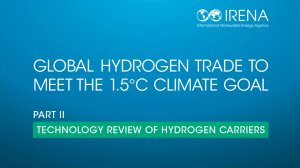 Hydrogen can be transported over long distances by pipeline or by ship. This report compares the transport of hydrogen by pipeline as compressed gaseous hydrogen with three forms used in shipping pathways: ammonia, liquid hydrogen and liquid organic hydrogen carriers (LOHC). The focus is on hydrogen transport rather than the transport of commodities made using hydrogen, noting that ammonia can be both a hydrogen carrier and directly used as a feedstock or fuel for different applications. Carbon-containing carriers (such as methanol or methane) are excluded.

This is part of a report trilogy focusing on global hydrogen trade in a 1.5°C scenario in 2050. The report covers transformation from gaseous hydrogen to a suitable form to allow its transport and storage; its use in the process of transportation itself; and its reconversion from the carrier back to pure hydrogen (if needed). Each step of the value chain is reviewed from a techno-economic perspective including costs and efficiency, and their potential evolution towards mid-century. Other reports in the trilogy cover the integration with demand, to assess a scenario for global hydrogen trade by 2050; and cost and technical potential of green hydrogen supply for various regions and time horizons under different scenarios and assumptions.

We measure the gains from phasing out coal as the social cost of carbon times the quantity of avoided emissions. By comparing the present value of the benefits from avoided emissions against the present value of costs of ending coal plus the costs of replacing it with renewable energy, our baseline estimate is that the world can realize a net gain of 77.89-trillion USD. This represents around 1.2% of current world GDP every year until 2100. The net benefits from ending coal are so large that renewed efforts, carbon pricing, and other financing policies we discuss, should be pursued. →